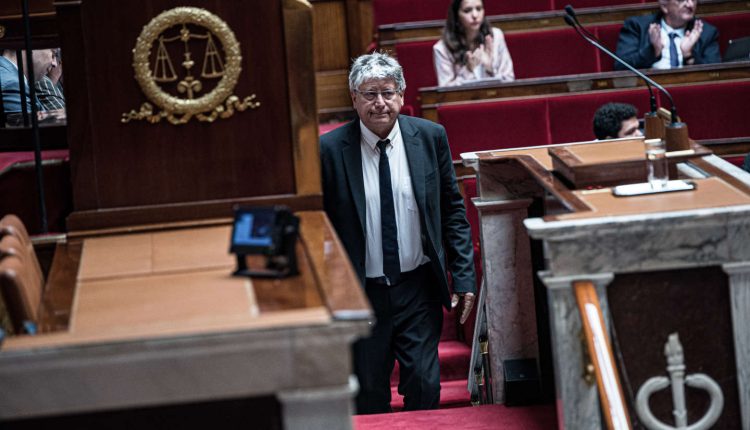 For the left, it was the last chance to really weigh on the legislative package for purchasing power, voted by Parliament on August 3 and 4. The appeals that its deputies and senators had filed with the Constitutional Council on two bills adopted in the summer were unsuccessful, according to the decisions rendered by the Council on Friday August 12.

Read also: Purchasing power: what the bill adopted in the National Assembly and the Senate contains

The first of these appeals, on the initiative of the entire New Popular Ecological and Social Union (Nupes), attacked the monetization of RTTs included in the amending finance law. The measure provides that an employer can buy back RTT from an employee in exchange for additional work, until December 31, 2025 and for a maximum ceiling of 7,500 euros. The left vilified it in the Hemicycle, on the grounds that it would lead to the unraveling of the 35 hours. Unions such as the CFDT, the CGT and Force Ouvrière have also disapproved of this device, which is a concession of the presidential majority to the right.

The left said to see in this article of the law a “budget rider” – the expression designates a measure which does not relate directly to the coffers of the State, but is all the same integrated into a finance law. The Constitutional Council ruled otherwisein particular because the measure is accompanied by a tax exemption and the corresponding compensation for the State.

Read also: The left and the unions accuse the government and the right of wanting to complete the 35 hours

Vigilance on the abolition of the fee

In its appeal, Nupes also denounced the abolition of the audiovisual license fee, because the planned compensation, namely the replacement of these funds by part of the VAT, ” does not allow (…) to ensure the security of the funding of the establishments” audiovisuals.

Admittedly, the Council considers that the measures abolishing the fee are “likely to affect the guarantee of the resources of the public audiovisual sector, which constitutes an element of its independence, which contributes to the implementation of the freedom of communication”. But he also notes that compensation is planned, while stressing that the executive will have to ensure that the finance laws will provide adequate revenue.

In general, the deputies of the left denounced a law which “misunderstands the principle of budgetary sincerity, due to the chronic and manifest undervaluation of revenue forecasts”. On the contrary, the Council considers that it does not appear “Neither in the opinion of the High Council of Public Finances (…), nor of the other elements submitted (…), that the economic hypotheses and the revenue and expense forecasts (…) are tainted with an intention to distort the major lines » budget balance.

La France insoumise and Europe Ecologie-Les Verts had filed a second appeal, against the bill on emergency measures for the protection of purchasing power. In a press release sent to Agence France-Presse, they estimated that “several provisions of this bill promoting the development of fossil fuels seriously and manifestly undermine the objective (…) of protecting the environment, the common heritage of human beings”.

The law passed provides, among other things, the possibility of reactivating coal-fired power plants – by raising the ceiling for authorized polluting emissions – in the event of a threat to the security of electricity supply, and the commissioning of an LNG terminal to the harbor. To denounce these measures, the petitioners relied on the Environmental Charter adopted in 2004, which since 2005 has been included in the preamble to the Constitution.

Although he recognizes that these two measures can damage the environment, the Council does not censor eitheron the grounds that ensuring the supply of energy to the French, when supply difficulties are felt, contributes to the “fundamental interests of the nation”.

However, it issues a “reservation of interpretation formulated in new terms” recalling that “choices intended to meet the needs of the present must not compromise the ability of future generations to meet their own needs”. Reason why “these provisions can only apply in the event of a serious threat to the security of gas supply”.

Concerning the raising of the emissions ceiling, the government will also have to ensure that the pollution thus caused will be correctly compensated, so as to respect the objectives of the ecological transition.

Read also: Discount on fuel, buyback of RTT, increase in social benefits… Explore the main measures of the laws for purchasing power