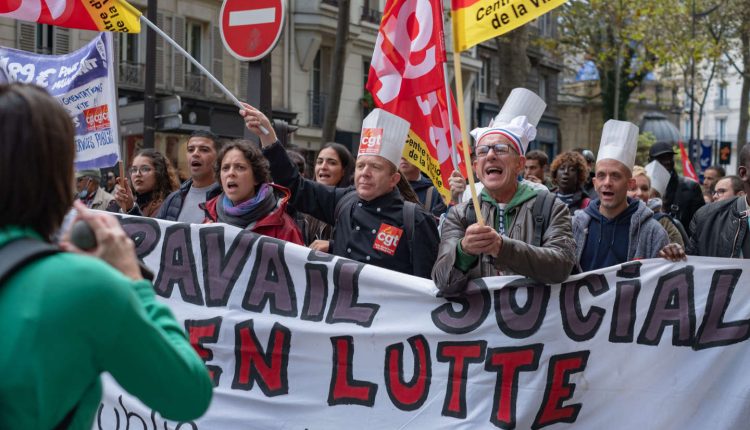 Private sector retirees can pull out the calculator. Their supplementary pension will be increased by 5.12% from November. The amount of the increase was stopped, Thursday, October 6, during a board of directors of Agirc-Arrco – the joint body co-managed by the social partners which pays the benefit. The percentage – unusual with its two decimal places after the comma – is very slightly higher than that which had been mentioned a week ago, after the meeting of one of the authorities of the regime (+ 5.1%).

In a period when the cost of living is racing, the decision taken on Thursday was eagerly awaited. Some 13.2 million people are concerned, knowing that the Agirc-Arrco pension represents between 30% and 60% of their total pension, depending on the case – the proportion being higher for those who have been executives during their professional life. The increase granted is substantial, especially if we compare it to that of 2021 (+ 1%). But at the time, inflationary pressures were a little less strong. For 2022, the government is counting on an increase in the price index of 5.3%, with lower forecasts for 2023 (+ 4.2%).

Read also: In France, inflation is marking time but is spreading to the entire economy

The revaluation was approved by all the social partners, with the exception of the CGT, which abstained because it claimed more (+ 6.2%) in order to compensate for the losses of purchasing power suffered for several years. To achieve this result, the organizations of employers and employees have modified the rules governing the evolution of pensions, in order to be a little more generous compared to what they could have granted at the start.

“No one is ready”

This is ” A very good news “, greeted the CFDT on Thursday in a press release. A smaller increase “would not have been acceptable”, commented FO, alluding to the situation of the regime, which is largely in surplus and has very large financial reserves (just over 60 billion euros). During a press conference, Didier Weckner, Chairman (Medef) of the Board of Directors, explained that it was a balanced arbitration, likely to meet the expectations of retirees without jeopardizing the accounts. of Agirc-Arrco.

The managers of the device have, moreover, returned to a topical subject which makes them indignant: the transfer of the collection of contributions to the Urssaf network. Initially scheduled for early 2022, the operation had been postponed by the government. The latter has finally decided that it will take place in two stages: from the beginning of 2023 for companies with more than 250 people and the following year for the others.

You have 31.66% of this article left to read. The following is for subscribers only.