Suicide of Dinah, victim of harassment according to her family: the case closed without further action 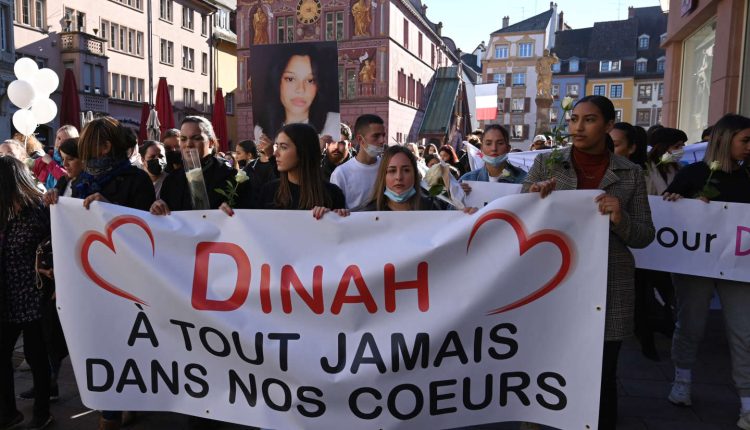 The investigation into school harassment in the suicide of young Dinah, 14, in October 2021 in Mulhouse, in the Haut-Rhin, has been closed, announced Friday, September 30 the public prosecutor, Edwige Roux-Morizot .

“For the prosecution, Dinah’s death is not the result of school harassment”contrary to what his family had said, explained Mr.me Roux-Morizot during a press conference. The magistrate spoke with great caution and sensitivity, seeming to weigh each of her words.

After a first suicide attempt, in March 2021, Dinah, educated in second class, was found hanged at the family home in Kingersheim, near Mulhouse, on the night of October 4 to 5. The Mulhouse prosecutor’s office had opened two investigations for harassment and research into the causes of death.

“There were, in fact, certain insults, but to which she answered without difficulty, but above all there was a suffering to leave a group that she formed with a certain number of friends” in class of 3eexplained the prosecutor of Mulhouse.

The investigation carried out, “objective, exhaustive, impartial and very complete”according to M.me Roux-Morizot, with a hundred listeners, painted Dinah’s portrait as that of a “brilliant young girl, absolutely not isolated”but also with a dark side, “a complex personality, with a psychic imbalance”eternally unsatisfied.

Dinah’s family had filed a complaint in November 2021 for “harassment”, “manslaughter” or even “incitement to suicide”, for facts which took place between 2019 and 2021, when Dinah was in class 4e and 3e.

Dinah’s family lawyer, who “a different reading” of the file, still has the possibility of filing an appeal with the public prosecutor or of filing a complaint with a civil action before an investigating judge. The prosecutor said she did not know the family’s intentions at this time.

In addition, two people who had made death threats on social networks targeting teaching staff at the establishment where Dinah was educated have been identified and will be tried for these facts in March, announced Ms.me Roux Morizot.

Read also White march in Mulhouse, in memory of Dinah, a bullied teenager who committed suicide

At the trial of the Nice attack, two to fifteen years in prison required against the…

Expulsion of offenders, regularization of workers, mastery of French: the axes of the…