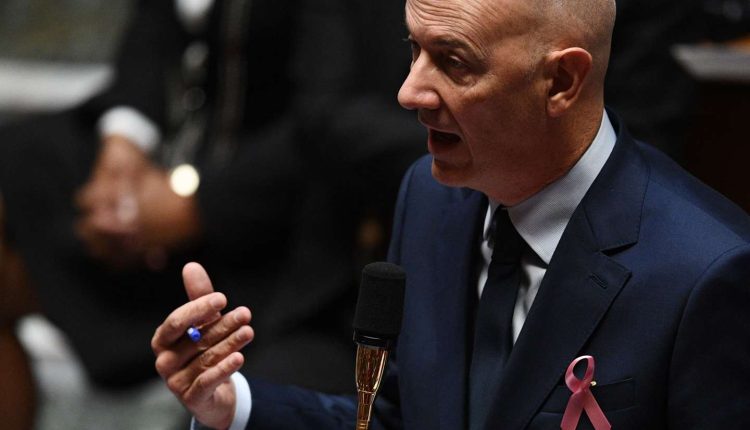 The pledges of appeasement from the government will not have been sufficient to dissipate the tensions. At the end of the 11are meetings of the G5 health, the annual meeting of the think tank of the major French drug companies, which was held on Thursday, October 6, in Paris, the time is still far from being for reconciliation among French industrialists.

Faced with the anger of pharmaceutical laboratories, the wind standing against the Social Security financing bill unveiled on September 26, the Minister Delegate in charge of Industry, Roland Lescure, invited a few hours earlier to open the symposium, was nevertheless intended to be reassuring. “The government has heard your alerts on a number of measures. We respond with action.”, he insisted in front of the audience of business leaders. In particular, the Minister returned to a measure particularly contested by the sector: the establishment of a procedure for periodic calls for tenders for the sale of reimbursed drugs in pharmacies.

This device planned to put in competition, for the same class of drugs, several laboratories, to keep only a handful. The losing drugs would simply be delisted. A measure intended, according to government calculations, to save money, but which aroused the unanimous opposition of laboratories and pharmacies.

“This measure must be withdrawn”

Criticized, the government finally backed down on Thursday. The measure will only be applied on an experimental basis, said Roland Lescure, explaining that a government amendment would be tabled to this effect. A declaration freshly welcomed by the pharmaceutical industry. “This measure must purely and simply be withdrawn. It has already been tested by some countries, which have come back from it, for lack of convincing results. The General Inspectorate of Social Affairs even produced a report which concluded that it was not a good idea”annoys the president of Servier laboratories, Olivier Laureau.

Another controversial subject: the safeguard clause, a regulatory mechanism which imposes on manufacturers a turnover limit on the sales of reimbursable drugs, under penalty of being collectively punctured in the event of an overrun. Confirming the words of Roland Lescure, the Minister of Health, François Braun, has acted on a revision of its terms, thus going in the direction of the industrialists.

Without however pushing the concession so far as to modify the amount of the threshold upwards. “It is fair and necessary for the balance of our social accounts that pharmaceutical companies contribute to the extent of their dynamism”, he underlined, without however closing the door to dialogue. An outstretched hand welcomed by the president of the G5 health, Didier Véron, who nevertheless warns: “We will remain very attentive to the methods of consultation and then to the concretization of the announcements during the parliamentary debate, several strategic points remaining to be defined. »