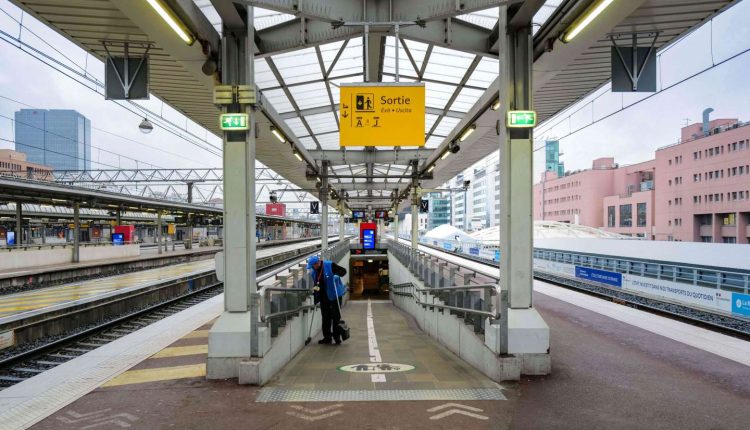 The management of the SNCF offered railway workers a salary increase of 5.9% on average in 2023, following mandatory annual negotiations that are essential for the group, affected by a strike with little follow-up, Wednesday, December 7.

The railway group proposed a general increase of 2% for all, accompanied by a “lump-sum revaluation” of 600 euros gross annually, according to a union source. With the increase in various bonuses (night work, Sundays, public holidays) and the payment of 75% of the transport subscription, instead of 50% currently, management estimates that the salary increase is approaching 6% on average.

On Wednesday, the unions had not yet reacted to this offer. The CGT-Cheminots, SUD-Rail and the CFDT-Cheminots called for a strike to demand revaluations at least equal to inflation, which reached 6.2% in November over one year. The mobilization was rather weak, with 7% of strikers according to a source close to the management, and the disturbances, localized, as in Lyon, where a social movement of the signalmen disturbed the traffic towards Paris and the regional connections.

Read also: Article reserved for our subscribers Inflation stabilizes, but begins to weigh on household consumption

TER traffic in Bourgogne-Franche-Comté, Grand-Est, Occitanie and PACA as well as certain lines in Ile-de-France (C, D, E and N) has been affected. “I say this for the future, for the two end-of-year weekends in particular, we have to avoid this”insisted the Minister of Transport, Clément Beaune, during a trip to Strasbourg. “There is a social dialogue at the SNCF which (…) works well “he added, calling on everyone to compromise: “The French would not understand in a period which is not easy, which follows two Christmases which have already been complicated by the Covid, that we add complications to them. »

This strike follows three days of mobilization relating to the question of wages, on July 6, September 29 and October 18. A first increase had been granted following the July strike. “Be careful, if wages increase too much, ticket prices will eventually increase too”, has warned Thursday Jean-Pierre Farandou, CEO of SNCF.

Read also: Article reserved for our subscribers Faced with inflation, a complex tariff strategy at the SNCF

Without a clear announcement of a general wage increase, “the management will complicate things in terms of the social climate”estimated, meanwhile, Cédric Robert, federal secretary of the CGT-Cheminots.

Pensions in the background

The controllers are threatening to strike over the Christmas and New Year weekends. They will be received on Thursday. The switchers must meet management on Friday. They demand recruitment and a salary more in line with their responsibilities. After a first strike threat, which was not carried out, on May 25, they had obtained the recruitment of 200 additional traffic officers, a bonus of 600 euros and a temporary increase of 20% of their work bonus for seven months.

The company “did not keep his promises”, however, believes Erik Meyer of SUD-Rail. A new strike notice has therefore been filed, from December 15 to 19, including the first weekend of the end-of-year holidays. The prospect of the pension reform, which should be presented around December 15 by the government, heats, in addition, the unions to white. “We will be up against this reform, as we had been during the last sequence of 2019-2020”insisted Cédric Robert, recalling the fifty-eight days of strike which had then paralyzed the SNCF.