Revaluation of teachers’ salaries: doubts persist over the 10% increase promised by Macron 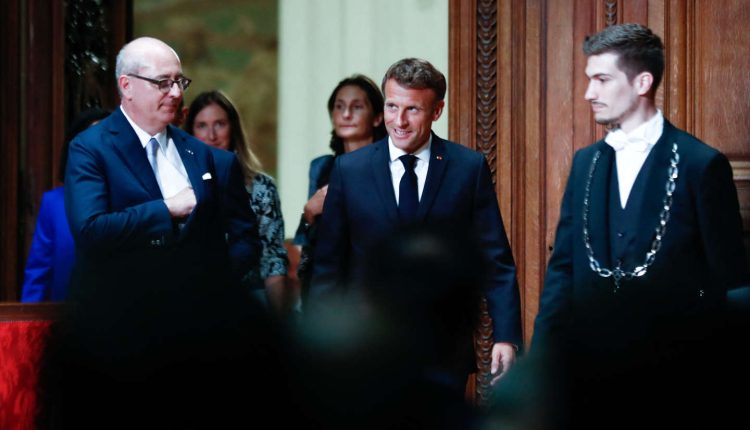 It is an understatement to say that the 2023 national education budget has been scrutinized since its presentation on Monday, September 26. At the top of the concerns of teachers, called to strike for their salary Thursday, September 29, is the extent of the salary “shock of attractiveness” repeatedly promised since the re-election of Emmanuel Macron.

Who will be increased, in what proportion, and when? The figures engraved in the finance bill must provide concrete answers to the doubts born after months of confused presidential and ministerial declarations on the subject.

The Ministry of National Education presented a budget increase of 3.7 billion euros for 2022, of which almost half (1.7 billion) is explained by the revaluation of the index point for civil servants from 3, 5% which was decided in July. Non-index teacher salary increases will be implemented in September 2023 and are divided into a share “unconditional” and a share “conditional”which will only concern teachers who engage in “new assignments” from “pact” wanted by Emmanuel Macron.

This second part will be financed to the tune of 300 million euros between September and December 2023. Its amount in the following years will depend on the number of teachers who will join it, the ministry said. The first, more substantial, has an envelope of 635 million euros over four months, which is equivalent to 1.9 billion euros over a full year, specifies the ministry.

The universality of revaluation questioned

The amount is approximately 2.5 times higher than that allocated to the “Grenelle bonuses” in 2022, and the unions recognize that this is a significant envelope. But is it equivalent to an unconditional 10% increase in teachers?

Emmanuel Macron has made this figure the mantra of his communication on revaluations since his announcement during the debate between the two rounds against Marine Le Pen. “Unconditionally, there will be a revaluation of around 10% of teachers’ salaries and there will no longer be any career start under 2,000 euros per month”then launches the outgoing president, deviating completely from his program. “We are going to upgrade them all as we have already started to do”, he insists. For teachers, the appointment is made.

The sum of 1.9 billion euros seems insufficient on its own to translate a new increase of 10% for all teachers

You have 65.11% of this article left to read. The following is for subscribers only.