Public transport: in the regions, elected officials seek to curb the rise in prices 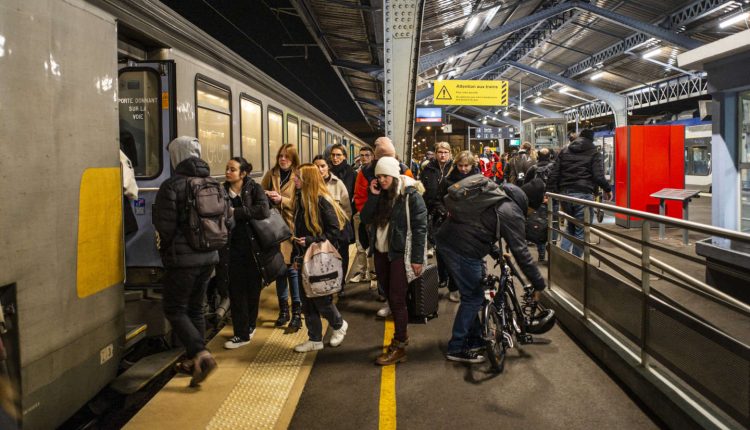 It is not only in Ile-de-France that public transport costs are soaring due to soaring energy prices. For the operation of TER or buses, trams and other metros in major French cities, inflation is biting, even if the repercussions on prices are not as significant.

Read also: Article reserved for our subscribers Behind the 11.8% increase in the Navigo pass, a very political bargaining

Roch Brancour, vice-president (Les Républicains, LR) of the Pays de la Loire region in charge of transport, delivers a widely shared observation: “In 2023, cost increases related to energy and salary increases will weigh on the regional budget. Our objective is to maintain the level of offers. However, in the face of such inflation, it does not pass. » In Bourgogne-Franche-Comté, the overall additional cost of the TER is estimated at 80 million euros, or 23% of what the region is supposed to pay to the SNCF; in Normandy, it reaches 50 million. In 2022, the SNCF will have charged the Centre-Val de Loire region 37% more than in 2021 to run its TERs. The metropolises are not left out: the transport network in Lyon will have to absorb an increase of 20 million euros. In Marseille, it will be 27 million more in 2023.

Under these conditions, some regions are significantly revising their prices. There will be no tariff shield in Pays de la Loire, which has recorded a sharp increase (+ 36%) in school transport for September 2023. Monthly TER subscriptions will undergo an increase, as will single tickets for bus connections.

“The additional cost of energy leads us to consider an increase to the 1er July 2023 for users, indicates, for his part, Michel Neugnot (Socialist Party, PS), the elected official in charge of transport in Bourgogne-Franche-Comté. Negotiations are underway with the SNCF. » This increase should vary between 5% and 7%. The “painful” is similar in Normandy which ratified, Monday, December 5, a tariff increase of 6% on most Normandy lines and 7% on the link with Paris. It will come into force in April 2023. An increase in TER prices is also looming in Provence-Alpes-Côte d’Azur, which embarrasses the regional council led by Renaud Muselier (Renaissance).

Read also: Faced with the energy, ecological and social crises, what future for public transport?

But, in their majority, the communities do not go so far in the increases. Some of them consider the slightest increase politically inapplicable. “There is no question of increasing the price of the TER ticket and subscriptions because the quality of service is not there”, decreed Xavier Bertrand, the president (LR) of Hauts-de-France. Same tone on the Grand-Est side: “We decided to set up a price shield for users, subscribers or occasional users, indicates Thibaud Philipps, the transport manager (LR) at the regional executive. We did not want to aggravate the situation in the current period. »

You have 47.09% of this article left to read. The following is for subscribers only.