“Provocation”, “call for violence”: Mélenchon’s reference to an episode of the 1789 Revolution generates strong criticism 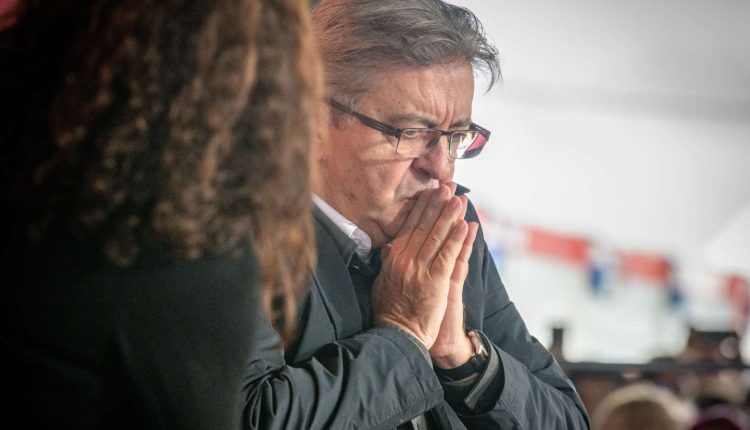 Ten days before the March against the high cost of living and climate inaction, organized by La France insoumise (LFI), the Socialist Party (PS) and Europe Ecologie-Les Verts (EELV) in Paris on October 16, the last call for the mobilization of Jean-Luc Mélenchon arouses strong reactions, both on the side of the government and in his own camp. “On October 5 and 6, 1789, women marched on Versailles against the cost of living, wrote on TwitterThursday, October 6, the leader of LFI. They bring the King, Queen and Dauphin by force to Paris under popular control. Do better on October 16. »

A revolutionary parallel to the implicit too violent for the taste of its opponents as well as part of the left. Among the first to react, Olivier Faure, the first secretary of the Socialist Party (PS), an ally of LFI within the New Popular Ecological and Social Union (Nupes), quickly regretted, on the same social network, the ” provocation “ of the former presidential candidate. ” There, Jean-Luc, you can do better. (…) There is no longer any king or queen. We will have neither spade nor pitchfork. Our mobilization will be non-violent and its strength is its message: justice against social disorder.”, tweeted the deputy of Seine-et-Marne.

“Dear Olivier, don’t worry: what we will have in common, from October 5 and 6, 1789 to October 16, 2022, is anger and revolt in the face of injustice”him replied the president of the LFI group to the National AssemblyMathilde Panot.

Launched by Mr. Mélenchon and LFI, the Parisian march on October 16, the highlight of the return to the left, will involve all the components of Nupes – the French Communist Party having joined the call on Thursday – and other political or associative organizations. Among the trade union organizations of employees, mistrust still dominates. The General Confederation of Labor (CGT) expressed doubts as soon as the event was announced and its secretary general, Philippe Martinez, confirmed on September 22 that the organization would not participate.

A “call for violence”, according to the government

On the other side of the political spectrum, the reference to the revolutionary days of October 5 and 6, 1789 did not fail to cause a stir. “It’s not the first time that he goes beyond the limits, he is always in excess”, regretted Friday on BFM-TV / RMC the government spokesperson, Olivier Véranrepeatedly denouncing a “call to violence”. “The right to demonstrate is constitutional, we respect it, we support it, but hidden or direct or indirect calls for a form of social violence, it’s irresponsible, even more from a political leader”insisted the former Minister of Health.

Among the other members of the government or of the majority, the minister in charge of relations with Parliament, Franck Riester, launched “factious remarks that are serious”. “I believe he is not credible to continue to be a politician because he is not responsible and dignified in his words”, estimated on Public Senate the president of the Renaissance group at the Palais-Bourbon, Aurore Bergéwho does not “do not understand why they do not manage within La France insoumise to break definitively with these methods and with him”.