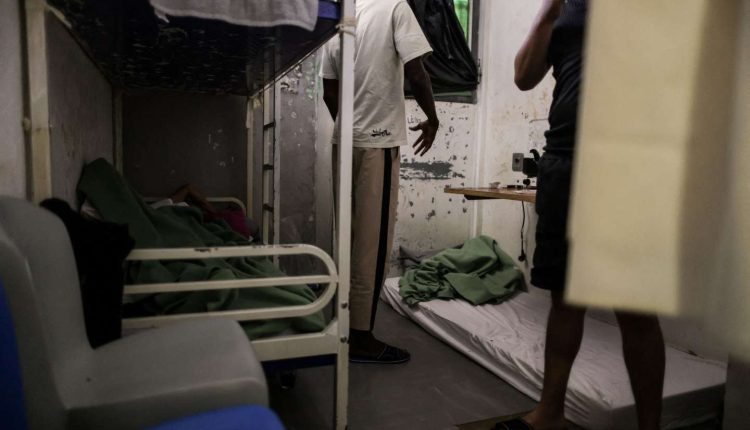 The number of detainees in France reached a historic level in the 1er November, with 72,809 people incarcerated, while the prisons have 60,698 operational places – which corresponds to a prison density of 120%, against 115.4% a year ago, according to statistical data published by the Ministry of justice, Sunday, November 27.

The previous highest number (72,575 detainees) was recorded in March 2020, on the eve of the first confinement decided to fight against the Covid-19 pandemic.

The confinement had led to a significant drop in the number of prisoners. The statistics had risen steadily since, until approaching this historic level last month, with 72,350 people incarcerated as of 1er october.

Read also: Article reserved for our subscribers Prisons: two years after the condemnation of France, the failure of prison regulation

2,225 detainees sleep on mattresses on the floor

Over one year, there are 2,997 additional prisoners – there were 69,812 on the 1er October 2021 – i.e. an increase of 4.3%. According to official figures from the Ministry of Justice, 15,469 detainees are currently in excess of the places available in penitentiary establishments (compared to 13,170 a year ago). Due to this overcrowding, 2,225 are forced to sleep on mattresses on the floor.

Among those incarcerated, 3.5% are women and 0.8% minors. More than a quarter of detainees (26.9%) are defendants, that is to say people awaiting trial – and therefore presumed innocent. The prison density in remand centers, where these defendants and those sentenced to short sentences are imprisoned, climbs to 142.8%.