Prison of the Legion in Corsica: the fight of an ex-prisoner for the duty of memory 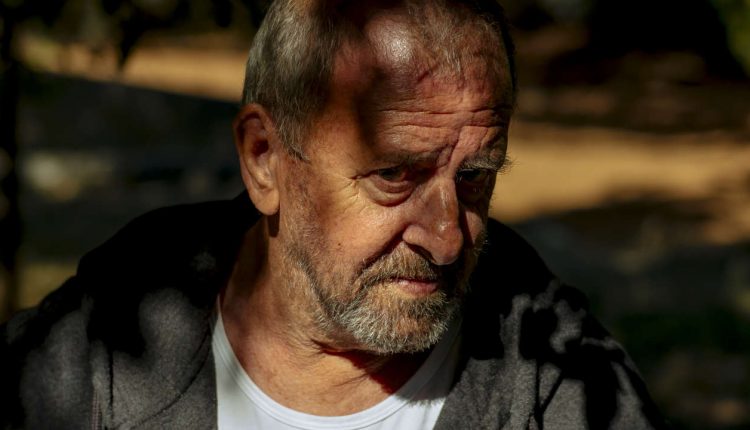 InvestigationOn a hunger strike for four weeks, Michel Trouvain, a former legionary detained and tortured in this camp closed in 1986, wishes to break the omerta at the Ministry of the Armed Forces. For the 400 people who were interned there.

He begins his fourth week of hunger strike as a last-ditch. When we meet him at the end of September, the former legionnaire Michel Trouvain takes the same oath as on that freezing day in February of 1973, when he crossed the threshold of the test section of the Foreign Legion (SELE) in Corsica, as a “disciplinary”, as they were called: “They won’t break me!” “

The septuagenarian, who now resides in Provence, pitched his tent on September 14 in the mountains of Corsica Center on the Saint-Jean estate, in Corte, “So that we know that such a place existed in France”. He sleeps a few meters from the camp where he was detained and tortured “For eight months and twenty-one days”. Mr. Trouvain intends to obtain that the Ministry of the Armed Forces put an end to forty-five years of military omerta. “For the duty of memory”, he hammers. For the 400 legionaries interned between 1969 and 1986, period of activity of this camp of the Foreign Legion.

Today, only rare vestiges still testify to the existence of the camp where the strong leaders of the Legion, mainly deserters, had to be raised. They were serving an average of three to six months in this “Last chance monastery”. The executives’ mess – a barracks by architect Ferdinand Fillod that overlooks the dungeons, rusty, tagged and invaded by brambles -, the command building and a few dry stone walls are all that remains.

Legally, these convicts, who numbered on average around thirty for twenty supervisors, had to “Carry out military and public interest work in Corte”, where the 2e Foreign Infantry Regiment (REI). “While the Foreign Legion had dissolved in 1964 the disciplinary section of the Sahara, it recreated it five years later in Corte”, details Bastien Touvon, a former military author (under pseudonym) of the Penal colony of the Legion (Editions du Menhir, 2018). After the Evian accords in 1962, 3,000 legionaries left Algeria to be stationed in Calvi, Bonifacio and Corte.

The internal regulations, which could be consulted The world, shows that the SELE was not a State within a State, but a structure placed under the “Control and surveillance of the colonel commanding the grouping of the Foreign Legion”. The first SELE commander was Chief Warrant Officer Helmut Strauss, now 92, a German citizen who in 1948 seized the second chance offered by the Legion to outcasts or lost soldiers. “He had made the Hitler Youth and introduced himself by saying that Strauss is written with two “s”, like SS “, remembers a former disciplinary officer. Joined, the family of Mr. Strauss, who runs a restaurant at Peyruis (Alpes-de-Haute-Provence), did not respond to our requests.

You have 72.1% of this article to read. The rest is for subscribers only.

“Drone” in “Le Monde”, from a radioactive cloud to individual…

The congressional hearing that changed…

Michael Madsen speaks out about son…