Presidency of LR: Macron on the lookout for possible recruits among moderate right-wing deputies 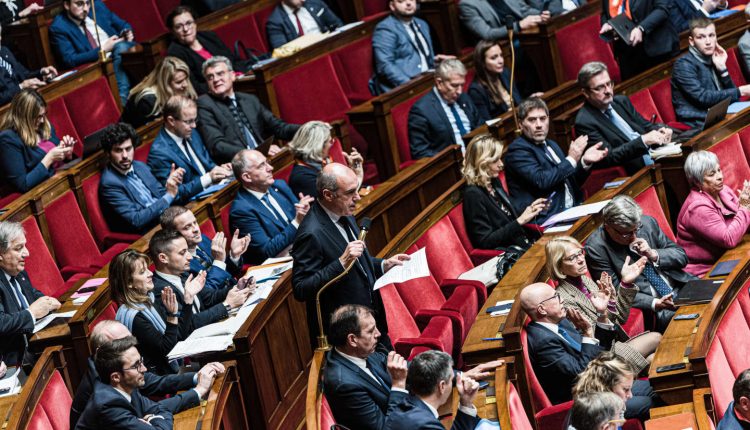 Right-wing elected officials sometimes wonder if anyone is still interested in their training. Not sure indeed that the congress of the party Les Républicains (LR), whose first round of the election of its president will end just after the round of 16 of the French football team, Sunday, December 4, ignites the debates in cafes. But two places of the Republic will quickly zap from football to politics: the Elysée and Matignon.

For several months and the bitter-tasting victory of the legislative elections, Emmanuel Macron and his relatives have been wondering how to widen their relative majority. Advisors, such as Thierry Solère, are trying to convince a few right-wing elected officials to cross the Rubicon. And they say to themselves that a victory for Eric Ciotti, whose ultra-right positions bristle with the most moderate of the LR group, could lead to departures and even a split. All that remains is to open our arms to welcome the lost sheep… “The only ones who will leave have their suitcases already ready for months, the rest is just an urban legend maintained by the authorities”sweeps Geoffroy Didier, MEP and support of Eric Ciotti.

The executive’s bet is daring. To change the configuration of the five-year term and achieve the absolute majority fixed at 289 seats in the National Assembly, it would be necessary to cast off thirty-eight elected officials. An almost impossible scenario even if the LR group, made up of sixty-two members, explodes. Without always wanting to name names, the strategists of the President of the Republic evoke the deputies Alexandre Vincendet (Rhône), Philippe Juvin (Hauts-de-Seine), Nicolas Forissier (Indre) or even Virginie Duby-Muller (Haute-Savoie).

Also read the story: Article reserved for our subscribers On the benches of the Assembly, the spleen of the last square of LR

In this operation, they rely on a luxury auxiliary, Nicolas Sarkozy. The former head of state supported Emmanuel Macron in the second round of the presidential election, before officially calling on his political family for an alliance with Macronism in an interview with Sunday newspaper, October 23.

To prepare the ground, several rallying announcements took place in the weeks preceding the congress of the right. On November 7, Jean-Luc Moudenc, mayor of Toulouse, announced that he was leaving LR by denouncing the “straightening” and the “curling” of his training. A year after separating from LR, Renaud Muselier, president of the Provence-Alpes-Côte d’Azur region, formalized his joining Renaissance, Emmanuel Macron’s training, a few days ago. “The word traitor has a new synonym: Muselier. The dictionaries will integrate it very soon. Despicable and ridiculous », wrote on Twitter Eric Ciotti, November 29. The same day, some so-called “constructive” LR deputies met for a dinner. For their part, Bruno Le Maire and former Prime Minister Edouard Philippe are increasing contacts. But this total only represents a maximum of ten deputies, according to several sources.

You have 46.64% of this article left to read. The following is for subscribers only.