Pension reform: Olivier Dussopt does not rule out a dissolution of the Assembly in the event of a motion of censure 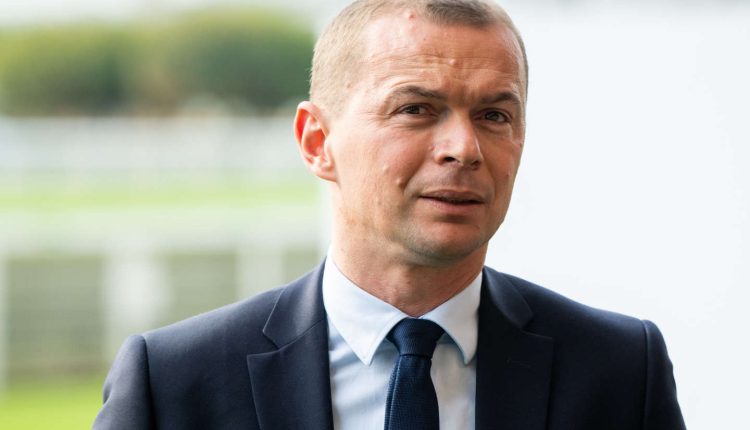 Olivier Dussopt, questioned on LCI Thursday September 29did not exclude that Emmanuel Macron decides to dissolve the National Assembly in the event of a vote of a motion of censure against the government on the subject of the pension reform. “If all the oppositions came together to adopt a motion of censure and bring down the government, it would [le président de la République] would defer to the French and the French would decide, and say what is the new majority they want”said the Minister of Labor.

This reform – which notably plans to postpone the retirement age in stages, to reach 65 in 2031 – is the most explosive file of the political comeback and the start of Emmanuel Macron’s second five-year term. The subject was also invited in the call of the CGT, the FSU and Solidaires for an interprofessional mobilization this Thursday, which was initially to focus on purchasing power.

The executive has decided to delay on the issue, by opening a new round of consultations with social partners and political forces with a view to adopting a comprehensive bill. “before the end of winter”, Elisabeth Borne told Agence France-presse (AFP) on Thursday. There will therefore be no “forced passage” on this subject, as was feared even within the majority.

At the end of a dinner at the Elysée around Emmanuel Macron on Wednesday evening, bringing together the executives of the majority, prevailed “the choice of dialogue and consultation”declared the Prime Minister, detailing a relatively flexible timetable, but also clinging to the presidential promise of an application of the reform in the summer of 2023. The head of government wishes to present ” a review “ of these discussions with the social partners and political forces ” before Christmas “leaving almost three months for the talks.

From this perspective, Mr.me Borne asked Olivier Dussopt “to hire next week” negotiations with employers’ organizations and trade unions, as well as with “parliamentary groups”. As such, the declaration of the Minister of Labor on LCI may aim to ensure the support of the right, because the party Les Républicains, in the event of the dissolution of the Assembly, would risk losing seats.

Mme Borne also said a little more about the proposed method, without deciding definitively. “We favor the inclusion of this reform in a bill”, did she say. The method has been debated for weeks: is a simple amendment to the Social Security financing bill (PLFSS) examined in October in the Assembly, the most controversial track and which had pointed the ally MoDem? A passage through a corrective PLFSS in January? Or an ad hoc bill? This last option therefore seems to be favored at this stage, provided that we manage to open the consultations, while the unions and a large part of the opposition are up against the very substance of this reform.

A dedicated bill presents a major risk for the executive, which only has a relative majority in the Assembly. He could force him to use Article 49.3 of the Constitution, which allows the adoption of a text without a vote except for a motion of censure, but this lever can only be used once per parliamentary session.

On the other hand, it is possible to fire at will with this weapon on the budgetary texts, which are the PLFSS. In other words, using 49.3 to pass the pension reform in a PLFSS would not prevent the government from using this article again to pass another bill later in the parliamentary session. This option therefore has the advantage for the executive of preserving its leeway in the particularly constrained context of its relative majority in the Assembly.

Read also What does a motion of censure do?