Pauline Bebe: “I can understand people’s surprise when they see that the rabbi is a woman” 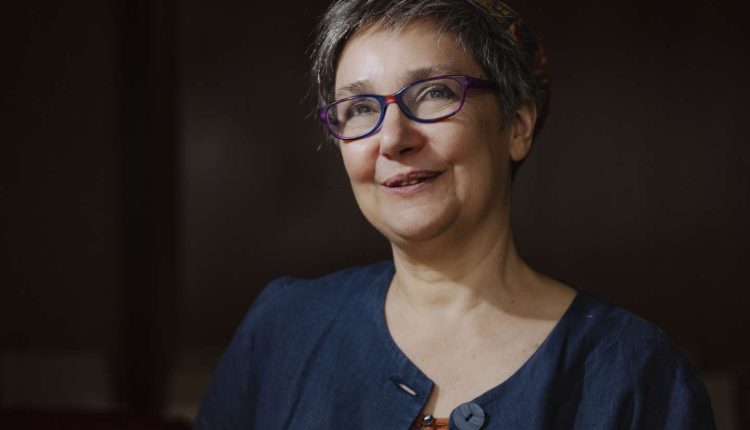 She is asked about her 20s, but she prefers not to give her age. Never mind: Pauline Bebe was the very first female rabbi in France – there are now five of them – ordained in 1990, at the age of 25. A bit rebellious, she stood firm against the sexism that could have stood in her way, her vocation was stronger than anything.

One morning in April, we meet Pauline Bebe in the middle of her books, in her office of the Liberal Jewish Community of Ile-de-France (CJL), in the heart of the 11and district of Paris. The liberal movement, dominant in the Anglo-Saxon world but a minority in France, claims a more open vision of Judaism: women are supposed to have as many rights there as men, when traditionalists and Orthodox believe that entrusting them with the rabbinate is not not in accordance with Jewish law.

Created in 1995, the CJL now welcomes more than 500 families at the Maayan center, in a spirit that is both religious and cultural. Bridge club, philosophy workshops, concerts, Hebrew and Judaism lessons, help with computers, weddings… anything goes, as long as it comes to transmission, the centerpiece of the rabbi’s life.

After having taught at the Collège des Bernardins, she now teaches at Sciences Po Paris. There she co-founded the Emouna program, the amphitheater of religions, where priests, imams, pastors, rabbis and other Buddhist monks meet. Pauline Bebe, she wears the yarmulke. Always adorned with colors, because, she says, “Judaism is joyful”.

In which universe did you grow up?

In a French Ashkenazi and Sephardic Jewish environment, non-practicing, but with a very pronounced Jewish identity. We lived in the 17and arrondissement of Paris, my father was a pediatrician, my mother a lawyer. When, with my older brother, we were old enough to ask ourselves questions about Judaism, my parents looked for the only liberal synagogue that existed at the time: that of rue Copernic, in the 16and arrondissement. This is where we took our first steps, I was 9 years old; we went there every Tuesday evening.

Read also: Article reserved for our subscribers Who is Iris Ferreira, first ordained rabbi in France?

I was immediately interested in what I was studying. At 13, we celebrate religious majority: I was the first of a new liberal community, from rue Copernic, to celebrate my bat mitzvah [l’équivalent de la bar-mitsva pour les jeunes filles]. Shortly after, around 14-15 years old, my wish to be a rabbi was affirmed. I was passionate about the texts of Judaism, the study, the discussion… I knew that was the direction I wanted to go.

You have 79.53% of this article left to read. The following is for subscribers only.