Pap Ndiaye, the minister who wants to reconcile the nation 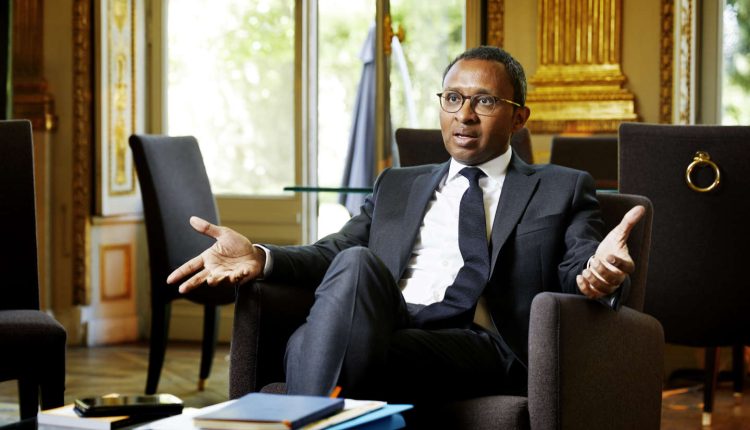 InvestigationTaxed as “wokism” and indigenism by the extreme right, criticized by part of the left for his analysis of the inequalities suffered by minorities, the new Minister of National Education and historian of the black condition in France rejects the idea of ​​an “ideological ministry”.

He is a major thinker on the question of minorities, a historian, a specialist in American civil rights, who is entering the temple of the republican pact. A black intellectual, whose family history stems in part from that of the colonies, who takes up a post which he once held Jules Ferry. Pap Ndiaye is aware of neither the symbolic force nor the historical significance of this appointment. He even claims them. Maybe that’s why he agreed. No doubt it is also for this reason that he has been so much shouted down.

By the Lepenist far right: “This choice to put at the head of national education a man who defends indigenism, racialism, wokism, is terrifying for the parents that we are” (Marine Le Pen on Twitter). By Zemmourist ultranationalism (Eric Zemmour, on BFM-TV) : “Emmanuel Macron had said that it was necessary to deconstruct the history of France. He goes to practical work with Mr. Pap Ndiaye. » But also by nationalist republicans, assimilating the new anti-racism to the disqualifying “Islamo-leftism”.

Revealing insults of “the unthought colonial”

Of the “insanities”is indignant Jacques Toubon, former Defender of Rights, that’s to say “Things that are unreasonable”. Because for several years, “the debates on identity are sinking into the greatest irrationality”, he continues. Attacks that do not disturb ” no more than that ” the new minister, whom we met on June 14 and 15 in Paris, so much did he not “no esteem” for its most outrageous detractors. “It is those who claim that Pétain saved the French Jews who are the real falsifiers of French history”, replies Pap Ndiaye, who would almost consider these insults as “a badge of honor”. Attacks deemed indicative of “the unthought colonial” who “haunts French society”according to essayist Christian Salmon (in a column on the site Slate, May 24). For the “ism” of his supposed “indigenousness” is “a very convenient language trick to avoid pronouncing the word “indigenous” while giving it a wide echo”, remarks the Senegalese philosopher Souleymane Bachir Diagne, asked by The world.

Read also: Pap Ndiaye Minister of National Education, the weight of a symbol

The reasons for such relentlessness? “Entrusting the most emblematic ministry of the Republic and the education of children to a black man who does not deny his convictions in the fight against discrimination can be experienced by some as an affront”, notes Pap Ndiaye. Whether a black person is a famous musician, a famous writer or a great footballer, either. But a minister of education… “The racist attacks against Pap Ndiaye remind me of those against Blaise Diagne [1872-1934], then deputy in France, elected from Senegal, just a century agoremarks the historian Pascal Blanchard. On the far right, as in L’Action française, we could not accept that an African, committed against racism, could belong to a government of the French Republic, at the time of the Colonial Exhibition. The old fantasies of colonial times come back like a memory boomerang. »

You have 86.73% of this article left to read. The following is for subscribers only.

Najat Vallaud-Belkacem seeks the presidency of France land of asylum