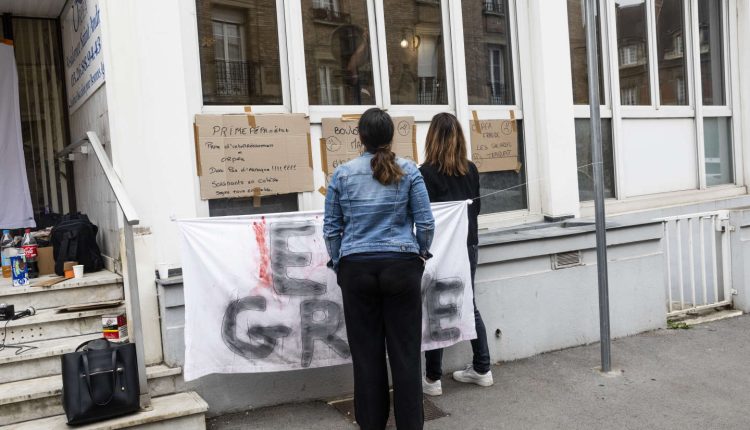 “We make life difficult for them. We’ve clearly worn them out.” : these words which target the CGT union delegates of Orpea were pronounced by a former human resources manager within the group, Clémence Godelu. Recorded without his knowledge, they appear on one of the soundtracks made from October 2018 to August 2019, annexed to the complaint of the CGT, filed with the Nanterre prosecutor’s office, Wednesday June 29.

In addition to these recordings, other testimonies – seventy pieces in total – aim to convince the public prosecutor of Nanterre to open an investigation against the first European group of retirement homes and private clinics for seven offences, including those of “obstruction of the right to organise” and “of collective bargaining”.

The CGT accuses Orpea of ​​orchestrating a ” war of attrition “ against its representatives, “ostracize”, to systematically dismiss employees who call on this union to defend them in disputes with their management. The CGT also asks that Orpea be tried for “organized gang fraud”. According to the CGT, “the staff is deceived” by management, who ” pilot ” behind the scenes a house union, Arc-en-ciel, the majority, and the UNSA, number two.

Initiated since 2019, the legal battle of the CGT against Orpea has resumed with renewed vigor since the release, at the end of January, of the book by journalist Victor Castanet, The Gravediggers (Fayard, 400 pages, 22.90 euros). The book, which denounces the ” system “ Orpea, revealed a series of recordings on which the CGT relies to file a criminal complaint.

These tapes were produced by Camille Lamarche, hired from 2018 to 2019 in the human resources department (HRD). The lawyer explains that she wanted to warn about the “discrimination” unions. His audio documents attest to the stratagems of the HRD, which enabled Arc-en-ciel to win hands down (more than 60% of the votes) the elections to the social and economic committee, in June 2019.

Read also: Article reserved for our subscribers Orpea management attacked for “collusion” with its majority union

In February, the CGT attacked Orpea before the local court of Puteaux (Hauts-de-Seine) in order to obtain the cancellation of this election for “irregularities”. The deliberation is expected for September 12.

The complaint filed with the Nanterre prosecutor’s office on Wednesday also mentions “chilling practices”, aimed at discouraging CGT union delegates from “hand down”explains Apolline Cagnat, associate lawyer at Bourdon & Associés, and author of the complaint with Me Basil Oudet. Among these practices, microphones cut during salary negotiations, forgetting to book train tickets for CGT elected officials, refusal to pay for delegation hours or bullying inflicted on a delegate from this union, Kéline Sivadier. “Placardized”Mme sivadier found herself, in September 2019, with a sign ” no entry ” on his office door. The employees of her establishment in Vitrolles (Bouches-du-Rhône) were instructed not to speak to her, on the grounds, according to management, that she constituted “a threat to social peace”.

You have 34.15% of this article left to read. The following is for subscribers only.