Orpea scandal: in his reissue of “Fossoyeurs”, Victor Castanet reveals the pressures and manipulations suffered during his investigation 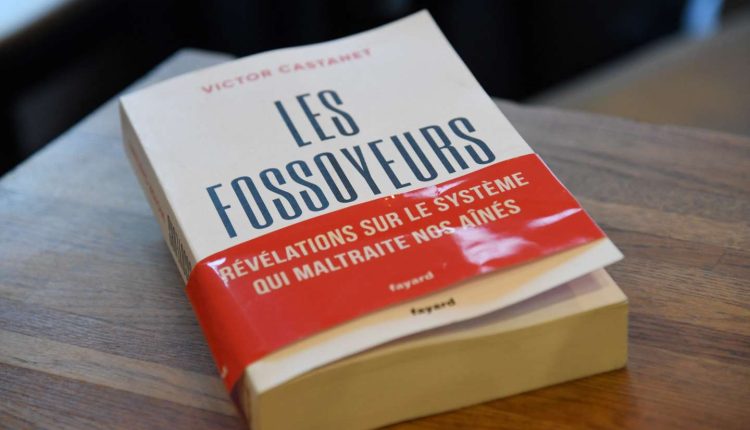 who tried to bury The Gravediggers ? In a new edition of his investigation into Orpea, which comes out in bookstores on Wednesday January 25, Victor Castanet tells “the nest of vipers” in which he has “set foot” by carrying out the investigation for three years on the first European group of commercial retirement homes: espionage, attempt to intercept information, counter-fire from communicators… The freelance journalist tells the story of his dive into a hostile environment through ten chapters unpublished on the occasion of the reissue of the book in pocket format (J’ai Lu, 512 pages, 9.50 euros).

His initial investigation caused an electric shock. Published by Fayard – nearly 170,000 copies sold – it recounts cases of abuse and food rationing of elderly people in Orpea establishments, linked, according to Victor Castanet, to cost optimization practices and embezzlement of money. audience. the “Orpea system” as he defined it is now in the hands of the judges and the political shock wave is not over.

“I wanted in this new edition to tell the game of these actors in the shadows who can act to prevent information on a listed group from reaching the general public, explains Victor Castanet. In the case of Orpea, it did not work. But we must be particularly vigilant when faced with the processes at work in this type of investigation. »

Read also: Faced with mistreatment in nursing homes, the public authorities are “not up to it”, according to the Defender of Rights

Orpea nest of spies: this is the first revelation of the book which appears this Wednesday. “It is not one but at least two economic intelligence companies which would have been commissioned to contain the impact of my investigation”, writes Victor Castanet. “One of the assignments, carried out by one of the French market leaders, was commissioned by the general management of Orpea just a few weeks after I sent my questions to the group in July 2021”, he says in his book. Fifty-six questions that Orpea has never answered.

These expert spinnerets have at least sufficiently informed the leaders of the group about the work of Victor Castanet for them to erase certain files or traces in the computers. And prepare their defense.

Failure of the “denial” strategy

The journalist tells how he obtains proof that detectives are on his trail. A man who presents himself as a ” journalist “, tried to recover the book from Fayard’s press secretary, ten days before its release, on the pretext of reviewing it. Victor Castanet finds his trace several months later. It was then that the man “let go of the piece completely”, and explains to the journalist: “It was an economic intelligence company that contacted me. I work occasionally with several economic intelligence companies or public relations agencies. There are a plethora of choices. » Since then, continues Mr. Castanet, the website run by this pseudo-journalist has been “pinned for his links with the communication agency Avisa Partners at the request of which he would have disseminated articles in favor of customers or to denigrate competitors”.

You have 53.61% of this article left to read. The following is for subscribers only.