#metoo: five years later, six young adults tell how the movement has forged their relationship with others 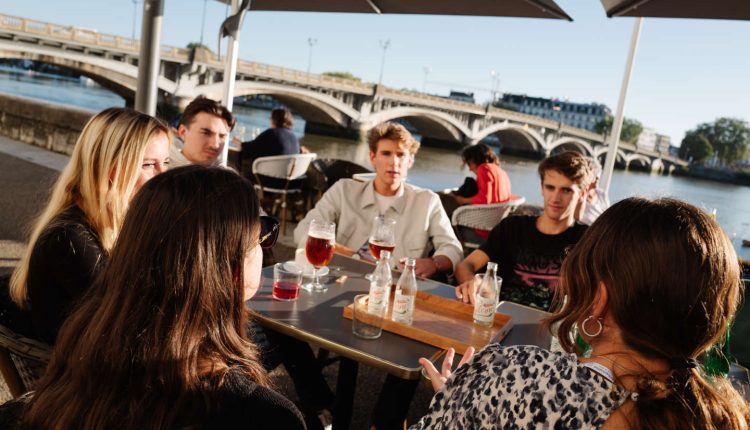 On the banks of the Adour, at the foot of the bridge that links the station district to downtown Bayonne (Pyrénées-Atlantiques), Martin Barland, 20, and five of his close friends exchange feverish courtesies when they find, Saturday 1er October in the afternoon. On the terrace of the L’Atalante cinema, they struggle to gather enough chairs in the hustle and bustle of the end of the session. “We just have to get on each other’s knees”tries a voice in the band, immediately relieved that this bravado proposal has been drowned in the bawling of children and the clinking of glasses.

The atmosphere is not really one of physical rapprochement. Faced with a water mint that one guesses is life-saving after the excesses of the previous day, the stiffness of the first gestures and the nervousness of the laughter betray the embarrassment that precedes a discussion with which everyone is not sure of be comfortable. The six friends came together to cause consent, sexuality and gender-based violence. A demanding exercise, proposed on the occasion of the fifth anniversary of #metoo by The world to representatives of an age group that was built with or against the movement, and grew up with the liberation of women’s speech.

In 2017, they were 15 years old and were introduced, with their entry to high school, to their first relationships with others. At the time, Martin didn’t have a girlfriend and not that many friends either. No one can say what his relationship with women would have been without #metoo. But the current student at Sciences Po Bordeaux believes he knows what he has become thanks to him: “A young man who constantly wonders about his behavior”, aware that he too could have been an aggressor or a “relou”.

Read the decryption: Article reserved for our subscribers Five years after #metoo, the shock wave: what has changed in families, at school, in court…

” Relieved ” to approach his sentimental and sexual life after this collective awakening, Martin recounts how his adolescent beliefs had reduced the image of rape to a “violent assault in an alley”. Before #metoo, he would, by his own admission, “probably not raped a girl in the street”, but he agrees that he surely would not have “always ask the question of consent before kissing a girl”.

When there is alcohol, “even if you feel like it, you don’t go”

A vigilance that translates, for some, into fear and restraint. A fear “healthy”a ” price to pay “ to do no harm to anyone, according to Martin, a necessary but more disabling precaution for Maxime Guillemot, in business school, and Antoine Hecquet, a marketing and communication student, two longtime friends also from Bayonne. At 19, Maxime agrees strongly when asked if this realization has ever dissuaded him from going to someone.

You have 65.15% of this article left to read. The following is for subscribers only.