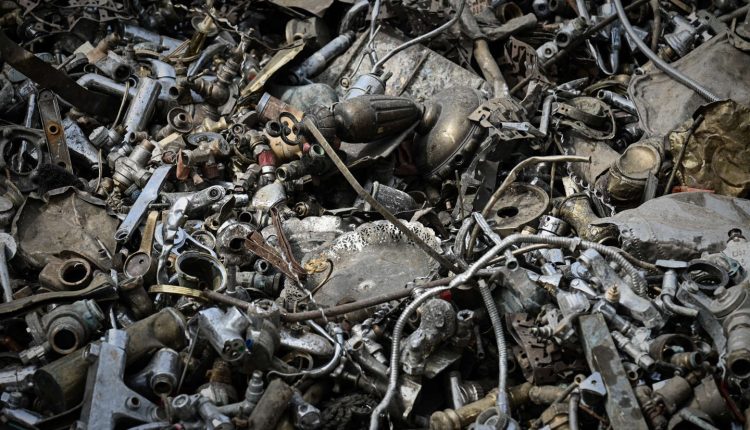 The hand of banditry appears once again behind the waste traffic. At the end of two years of investigation, the gendarmes of the Central office for the fight against attacks on the environment and public health (Oclaesp), the police officers of the departmental service of the judicial police of Seine-Saint- Denis and the Seine-Saint-Denis interministerial research group arrested seventeen people last week, including three members of the Hornec family, as revealed France info.

All were suspected of engaging in the collection of metals from theft, under the guise of recycling missions. The metals – mainly copper and various ferrous metals – were partly reconditioned and resold to foreign companies in the Netherlands or Belgium.

At the head of the Stains Métaux Recyclage (SMR) company, which had a storefront in the city center, 100 meters from the Stains police station (Seine-Saint-Denis), Mehdi Hornec, 49, was indicted then placed in pre-trial detention in the Meaux remand center (Seine-et-Marne). Three other individuals, including his partner, were brought before an investigating judge at the Bobigny court, then placed under judicial supervision. They are prosecuted in particular for “concealment of theft in an organized gang”, “laundering” or even “concealed work”.

The investigation began in 2020 when, following a visit by the regional health agency and the environment department, officials noted high concentrations of lead within the company. The latter is then already subject to an administrative ban pending compliance of its facilities with environmental protection standards. The administrative controllers also note a certain number of administrative irregularities which push them to take legal action.

For several months, investigators from the gendarmerie and the judicial police monitored the company, its employees and its suppliers. It then appears that the metals sold to him come from thefts carried out in the east of France by men of Romanian nationality reputed to belong to clans already known to the police (Ivan, Cobzaru, Terziev, Konstantinov). For its part, SMR is far from declaring all transactions. Hundreds of Romanian accounts are simultaneously credited by the company. During the searches, 160,000 euros, weapons (an automatic pistol, five rifles and ammunition) and various luxury goods were found.

You have 45.08% of this article left to read. The following is for subscribers only.