“Many young people are seized with sadness, anger”: in Toulouse, a large school is launching workshops on eco-anxiety 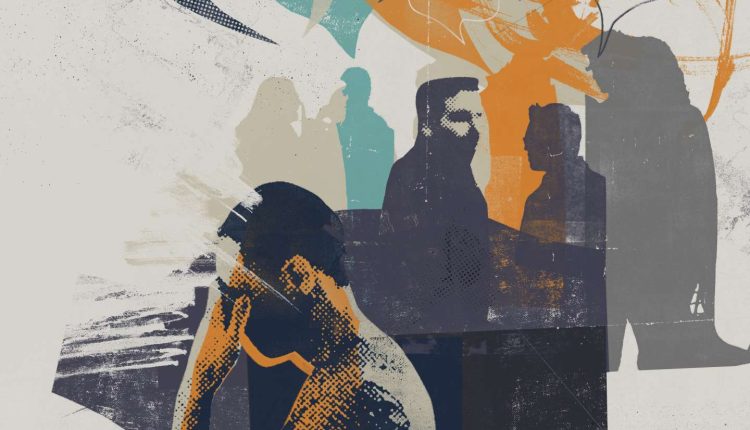 Like a fire that consumes a forest, eco-anxiety spreads. In 2021, 45% of young people surveyed in ten countries even said it affected their daily lives, according to the magazine The Lancet Planetary Health. In Toulouse, the National School of Agronomics (Ensat) has just taken up the subject. From November, it will begin a cycle of training, for students and staff, intended to see eco-anxiety as a systemic problem, “a healthy response to a world in crisis”.

“The solution requires students to be more aware of their connection to the living. The more we connect, the more resilient we become”say Marie Bourgine, Isabelle Giraldo and Candice Marro, all three psychotherapists or ecotherapists, who worked to set up the new training.

But the initiative comes from the students themselves. Blandine Vignal, 20, second-year student, “chosen an agronomy school to work on the issue of food production”. Vegetarian, “everyday environmental activist”she does not want “no more staying in denial”.

Also listen Climate: how not to be depressed?

Nicolas Kahn, 25, vice-president of GreenSAT, the environmental association on campus, says to himself “very politicized”. “Global warming is a tiger. So either we are paralyzed or we fight., launches the oldest of the promotion, originally from the Jura. They decided to fight. “For my part, I am in favor of radical measures such as the ban on bullfighting, residential pavilions on the outskirts of cities, but also free public transport”he continues.

“There is still time to act”

About 60% of students at the school say they are affected by a sense of eco-anxiety, according to a survey conducted this year by GreenSAT among eighty-two students. “During screenings of documentaries or films such as tomorrow Where Animal, some young people were crying, says Blandine Vignal. It is not a pathology, but rather moments, a sum of negative emotions that can lead to depression. »

“There was the Covid, the pandemics, the fires, the heat wave, but also the presidential campaign”, details for his part Nicolas Kahn. “There is still time to act, to take big measures”, emphasizes the young man, who would like to work in land use planning.

They called on Isabelle Giraldo, a former architect who has become an ecotherapist, who has been leading awareness-raising workshops at Ensat for five years. “Students often feel very alone. Many young people are gripped by guilt, sadness, anger too. We thought it would be good to train young people, but also teachers and administrative staff.”she says.

You have 33.94% of this article left to read. The following is for subscribers only.

In view of the battle of Paris, four pretender ministers and a mess in perspective

Socialist Party: “Secularism offers the best legal weapons against the…

Emmanuel Macron and the end of life, the quest for an intimate conviction

Libertalia, the publisher who plays with the National Rally

Trial of the Rio-Paris flight crash: the prosecution takes a position “most…