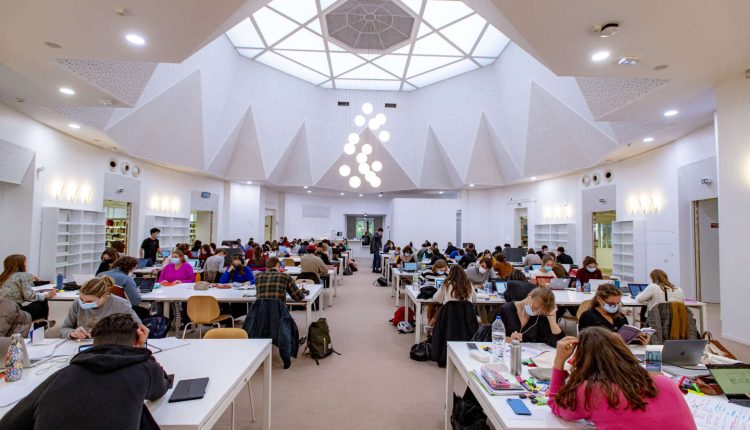 En ten years, the number of students in higher education has increased sharply (+18%), while allocations per student have fallen (−9%). This development is all the more worrying as higher education and research are the keys to tomorrow’s economic growth. Faced with this observation, it is essential to make a major investment in higher education and to further open up all the selective courses. This would make it possible to relieve congestion in non-selective university courses, and therefore also to significantly increase the allocations per student, while promoting fairer recruitment in selective courses.

France comes up against a Malthusian conception of the production of its educated elites: alongside mass universities in which license failure rates remain abnormally high, ultra-selective courses are not sufficiently visible in global competition. The production of elites in small numbers proved its worth during the “glorious thirty”, but this beautiful machine seized up and shows well-documented failures today. While many of these establishments, each with their specificity, and not the least, have made the effort to increase their staff, the saturation of the staffing rates, resources and services per student no longer allows the necessary progress to be made. .

Read also: Article reserved for our subscribers “For the Faculty of Law and Political Science of Nantes, burnout is today”

Investing in selective training is not a matter for elites: it means providing the greatest number of people with a demanding education while accelerating the exit from this dual and unequal model in which almost all the players have ended up accommodate. Defenders of the abolition of Parcoursup – which, despite the persistent difficulties that this system presents, has nevertheless succeeded in establishing a better match between the skills of students and their disciplinary orientation, – initiating a reduction in the failure rate in license – consolidate themselves in the acceptance of a university which selects by failure.

Extreme duality of the education system

For their part, the graduates of the ultra-selective institutions, holders of a monopoly rent ensuring them a powerful lobbying force in the great state bodies and the large industrial groups, also accommodate themselves to the extreme duality of our system. of education, and wish, consciously or not, to keep it. The recent surge of private institutions in search of juicy revenues feeds on this polarization of the public higher education system.

You have 60.1% of this article left to read. The following is for subscribers only.