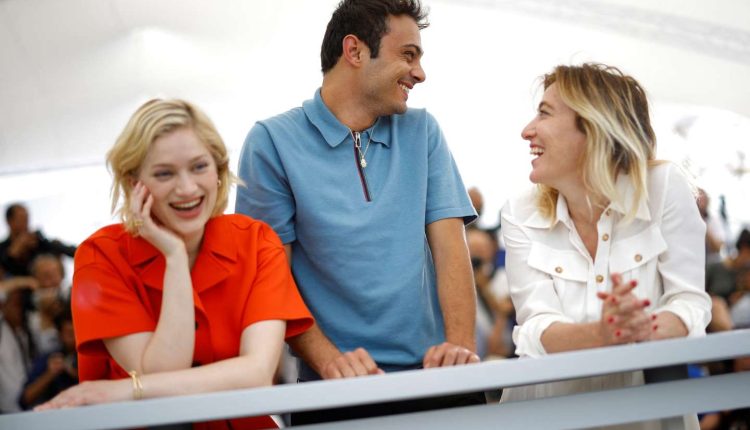 To analyse. Theater, they say, is the art of ghosts. That of summoning the dead, of conveying their breath, their words, their soul, through the living flesh and the spirit of living beings, present in the shared space and time of the performance. The perfect metaphor for this ghost art is Hamletwhere Shakespeare brings to life on stage the specter of the hero’s father – and no doubt that of his own father, who died shortly before he wrote the centerpiece of all Western theatre.

Theater is also, like cinema, which is directly derived from it, a game of desires, fantasies, projections, which circulate between a director and actors. A game which, until recently, mainly took place between a male director and actresses, often much younger than their pygmalion.

All this, Valeria Bruni-Tedeschi is not unaware of. It’s even one of the subjects of his film The Almond Treesreleased in cinemas on November 9, and which is today at the heart of a media storm, following accusations of rape and violence against the actor who plays the main male role in his film , Sofiane Bennacer. The Almond Trees is a film of ghosts, which summons a certain number of missing figures, such as Patrice Chéreau or Pierre Romans, who were directing the short-lived acting school of the Théâtre des Amandiers, in Nanterre.

Read also: Sofiane Bennacer case: what we know about the rape accusations against the actor of “Amandiers”

Sofiane Bennacer plays a young actor, Thierry Ravel, who died of an overdose in 1991, at the age of 28, and who was then in love with Valeria Bruni-Tedeschi, when both were part of this troupe of student actors. So far, nothing out of the ordinary: many artists invite the figures of their dead into their works. Valeria Bruni-Tedeschi had already done it herself with a character directly inspired by her brother, in her film A castle in Italy ; we can also think of Patrice Chéreau, evoking his father in Those who love me will take the train.

What disturbed in the Sofiane Bennacer affair was the information that the young actor – aged 25 – is the filmmaker’s current companion. There again, apparently, nothing extraordinary: the history of theater and cinema is full of examples of directors who have love affairs with their actresses or actors. Valeria Bruni-Tedeschi, who, at 58, is a powerful and attractive woman, would have only reversed the old patriarchal pattern, which can also be seen as a step forward.

You have 56.02% of this article left to read. The following is for subscribers only.