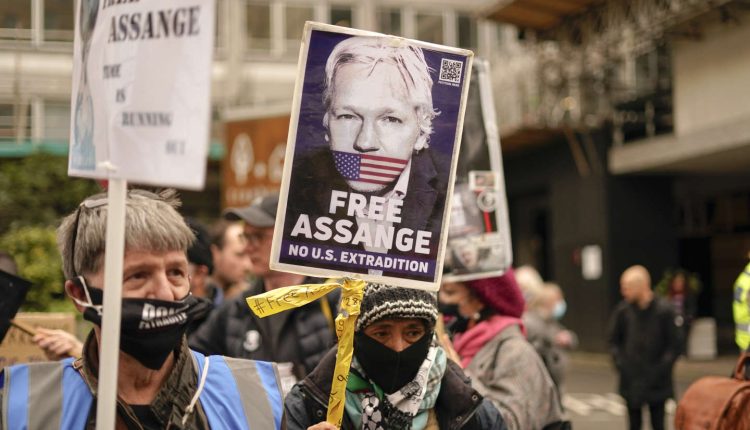 Dor more than ten years, Julian Assange has been deprived of his liberty for having made public the human rights violations committed by the American army in Afghanistan and Iraq. This information of public interest has been relayed and exploited throughout the world.

The only person prosecuted for these publications, the founder of WikiLeaks has now been imprisoned for more than three years in the high security prison of Belmarsh, after spending seven years in the Ecuadorian embassy in London. Neither convicted nor even judged on the charges against him.

For more than ten years, he has lived under the constant threat of being extradited from the United Kingdom to the United States, where he faces a sentence of one hundred and seventy-five years in prison, a life sentence without any hope of release. . He also suffered a campaign of humiliation and discrediting. According to Nils Melzer, former United Nations special rapporteur on torture, the accumulation of these elements amounts to psychological torture.

Read also: Trial of Julian Assange: the complete publication of American cables in 2011 at the heart of the debates

For more than ten years, Julian Assange could have hoped that the democracies, on which his fate depended, would put an end to the unworthy treatment he suffered. It has not happened. Sweden, Ecuador, and now the United Kingdom – countries of Habeas corpus [en 1679] and the Bill of Rights [en 1689] – on the contrary, lent a hand to the American lawsuits.

“The right to information, essential, deserves to be protected as well as those who exercise it”

Beyond that, it raises concerns about the freedom of the press and a risk of dissuasion from investigative journalism, highlighted in August by the United Nations High Commissioner for Human Rights. The right to information, essential, deserves to be protected as well as those who exercise it.

This is why Julian Assange’s international defense team is today appealing to those with the power to end injustice:

Read also: “Julian Assange should not be extradited to the United States”

– First to the British authorities, by releasing Julian Assange and refusing his extradition;

– Then to the countries of the Council of Europe, in particular France, by calling on the United Kingdom to respect the guarantees of the European Convention on Human Rights;

– Finally, and above all, to the American authorities by dropping their charges.

It is high time to act before, in indifference, Julian Assange pays with his life the price of our freedoms.

You have 3.78% of this article left to read. The following is for subscribers only.