In view of the battle of Paris, four pretender ministers and a mess in perspective 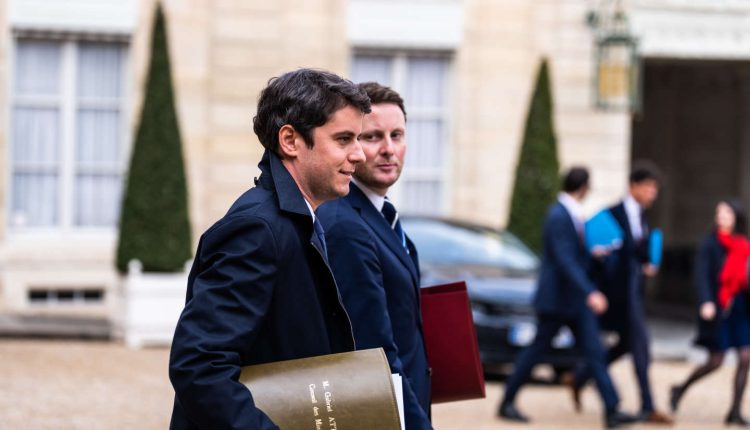 For the moment, Maud Gatel is not the most illustrious of the elected representatives of the capital. However, when asked, somewhat for form, ” And you ? Could you be a candidate for mayor of Paris? »the adviser and deputy of the MoDem hesitates, before turning her fingers towards the sky as if to allow herself an unsuspected horizon: ” But why not ? » Four years before the municipal elections of 2026, in addition to Maud Gatel, there are at least four within Renaissance – the presidential party, of which the MoDem is an ally – and not least, all ministers, to ask themselves: ” But why not ? » Olivia Grégoire, Minister of Small and Medium-Sized Enterprises and Tourism, Marlène Schiappa, Secretary of State for the Social and Solidarity Economy, Gabriel Attal, Minister of Public Accounts, and Clément Beaune, Minister of Transport… No one denies that he or she thinks about it in the shower.

“But why not”, moreover, to welcome other applicants, such as the Prime Minister, Elisabeth Borne, who may have had her day at Matignon by then and who knows the Town Hall like the back of her hand to having been the director of urban planning, between 2008 and 2013?

By force, a thick halo of uncertainties hovers and a small smoking crater broods over Parisian Macronie. The starting signal has not been given that, already, Clément Beaune and Gabriel Attal, in permanent competition, are playing whoever will be the most vehement against Anne Hidalgo, the mayor of Paris, the boldest to position themselves. For example, Clément Beaune did not ” excluded ” to have to put Paris under guardianship for deficient budgetary management, to which Gabriel Attal retorted: “I don’t think it’s relevant at all. » Even if he allowed himself to compare Anne Hidalgo’s financial strategy to the Ponzi pyramid, a criminal financial arrangement.

Olivia Grégoire and Marlène Schiappa reveal themselves less, ensuring that they want above all to contribute to structuring Renaissance in Paris. This does not prevent individualistic outbursts. In agreement with the authorities of the party, Marlène Schiappa was to announce firmly, in an interview with the Figaro, that she would not be a candidate, which she refrained from specifying. While Olivia Grégoire never loses an opportunity to recall that she is the holder of the best majority score in Paris in the June legislative elections (68.51%).

Within the Renaissance party, it is believed that this messy acceleration on the very long and already very congested 2026 country road is leading straight to trouble. “Stop the fire! warns Gilles Le Gendre, Renaissance deputy of Paris. Clément, Gabriel, Marlène, Olivia and the others have no chance of obtaining the support of the militants, even less of the Parisian voters if they install between them, from now on, this wild competition. This strategy is as incomprehensible as it is suicidal. »

You have 66.36% of this article left to read. The following is for subscribers only.