In Saint-Denis, the difficult #metoo of working-class neighborhoods 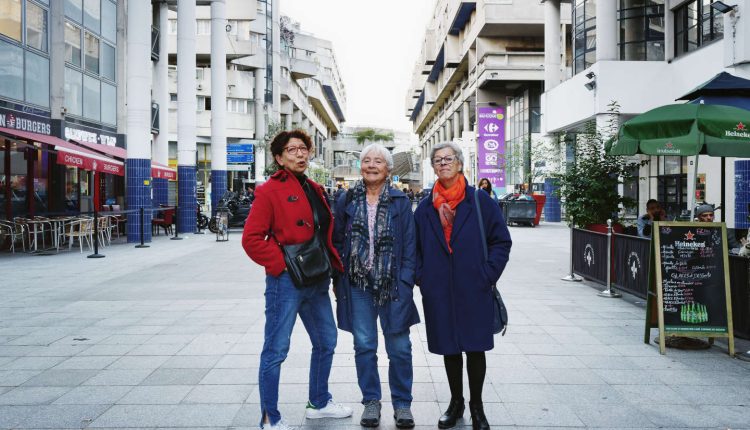 “Metoo, what is it? » This is the first reaction of many women interviewed Monday, October 3 at the exit of metro line 13, close to the basilica of Saint-Denis (Seine-Saint-Denis). However, by talking to the few passers-by willing to talk about it, we realize that there would be things to say. “We are often harassed in the street as soon as we dress a little lightlyconcedes Malvina, 39, social worker at the town hall. Women are still treated too badly in this city. » Souad, agency manager in medical transport, acknowledges that “Attitudes are changing but there are still a lot of taboos here”.

Given the subject, the two women preferred not to give their names. Because five years after the start of the #metoo movement, the issue of sexist and sexual violence often remains delicate in the working-class neighborhoods of Saint-Denis. Speech is slow to free itself completely in these environments where the victims suffer from sexism as well as racism and precariousness.

“It’s high time we witnessed a real suburban #metoo”breathes Hanane Ameqrane, founder of Femmes en Lutte 93. She had already launched this call in 2019, during a forum organized by her collective at the city’s labor exchange.

In the streets of Saint-Denis, this speech is not necessarily very promising. “The Dionysians encounter so many problems that they do not yet have the tools to take up this question of feminism”regrets Adjera Lakehal-Brafman, director of the women’s association of Franc-Moisin (a district in the south-east of the city), which helps the inhabitants to learn French and to gain independence.

At the Maison des femmes, a hospital center opened in 2016, there is no resounding #metoo effect either. “For some women, it doesn’t speak to them at all. There is the barrier of language, of the community, which means that they do not feel concerned”, relates Ghada Hatem-Gantzer, founder and chief physician of the establishment. The violence is rather evoked with the medical staff, when the patients come for example to speak about an excision or an abortion. “It’s the health approach that frees speechcontinues the director of the premises. Even if some women have recognized that if there hadn’t been all these feminist movements, which they still perceive around them without really taking part in them, they might not have talked about them. » The head doctor and her team therefore insist on the creation of other reception areas to collect the words of women.

You have 61.64% of this article left to read. The following is for subscribers only.