In national education, the distribution of expired self-tests, or almost, rekindles the anger of teachers 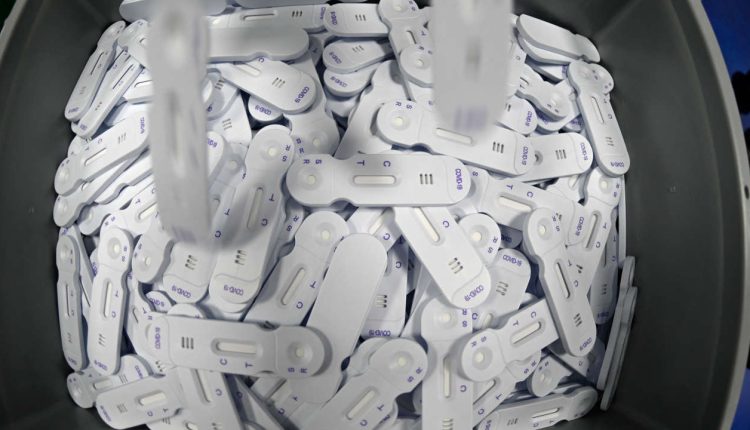 The alerts have multiplied to the point of going back to the Ministry of National Education. In recent weeks, boxes of expired self-tests – or about to be – have been distributed to teachers and staff working in schools. This is what Benjamin Bauné, school teacher and representative of Sud Education Paris, said on Twitter on January 20: “In my school, we have just received ten boxes of ten self-tests… But they expire in three days. » A photograph associated with the tweet attests to the expiry date of the kits distributed.

At my school, we just received 10 boxes of 10 self-tests… but they expire in 3 days. Pity. Decideme… https://t.co/MSLBTTnLXS

Sophie Vénétitay, professor of economics and social sciences in a high school in Essonne and general secretary of SNES-FSU, the first union in secondary education, shares the same experience: ” The week [du 17 janvier], we have received several boxes of self-tests which expire on January 30th. According to feedback from the field, it seems that the situation is similar in many establishments. »

After the expiration date, the self-tests can no longer be used. Fabien Larue, managing director of AAZ, one of the French manufacturers, and supplier of more than two million products to national education in the spring of 2021, recalls that“you must not exceed the expiry date, whether at home, in the laboratory or in the pharmacy”. “Beyond that, the stability of the reagents used is no longer guaranteed. » The lifespan of a self-test can range from six months to two years, depending on the products concerned.

Read also Strike of January 27: tens of thousands of demonstrators to demand the increase in wages

Surprise and anger among teachers

While the teachers were called to strike and demonstrate, Thursday, January 27, to demand salary increases, this is enough to lengthen a little more the list of tensions which blur relations between the unions and the Ministry of National Education. . “We experienced this with surprise and anger, it is one more sign of contempt and yet another mess in the management of the health crisis in schools, colleges and high schools”, reports Sophie Vénétitay. Especially since photographs posted on social networks by several teachers challenge. Example: why a self-test box manufactured on 1er May 2021, and whose expiry date was scheduled for January 30, 2022, was it not delivered until January 20?

To analyse : Article reserved for our subscribers Jean-Michel Blanquer, an education minister caught in the Omicron storm

In a press release published on Wednesday January 26, the Ministry of National Education first confirmed that “some reports from schools and establishments have reported, in recent weeks, the receipt of self-tests arriving at the end of their validity period or expired”. Nevertheless, he asserts that, “Since the return from the Christmas holidays, there is no longer any delivery of self-tests to academies or establishments”. “The self-tests in question were therefore very likely delivered to the academies during the 2021 operations”, the statement added.

You have 44.71% of this article left to read. The following is for subscribers only.