In Mayenne, with France Rénov’ advisors, switchers in the “jungle” of quotes and aid for energy renovation 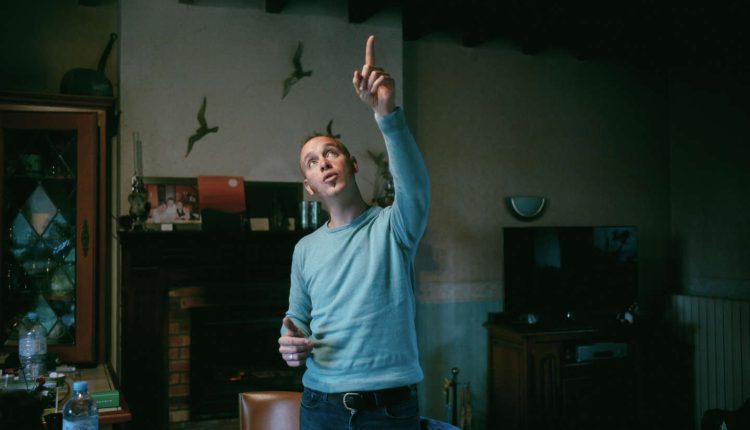 Gweltaz Ramel has something of the country doctor when he knocks at Martine and Joël Pottier, route du Tertre, in Désertines (Mayenne). In the thermal adviser’s briefcase, no stethoscope, but a camera to probe the “thermal bridges”, an air quality sensor, insulating materials. What to auscultate “the pathologies of the house” and write some kind of” arrangement ” : an audit with renovation scenarios, estimated energy savings, budget, available aid, etc. “Not a diagnosis in the regulatory sense, but a toolbox to help make the right choices”says Mr. Ramel, examining the infiltration under the front door and the condensation on the single-glazed windows. “It’s the last winter like this, fed up”, muttered Joël Pottier, in agricultural falzar.

The farming couple has just bought this old building next to their farm, which they have been renting for forty years. Forty years at “getting to grips with winters” lack of work, the nights so cold that“we curl up to sleep”. An energy and financial sieve. “In the past, isolation was not a priorityregrets Martine Pottier, 61 years old. How are we going to renovate all these houses? It’s a monster job. »

At least 5.2 million of the 30 million main residences in France are considered sieves – F and G labels on the energy performance diagnosis. Their share is higher in the Paris conurbation (23.6%) and in rural areas (22%) than in the rest of the municipalities. according to estimates by the Ministry of Ecological Transition.

In Mayenne as elsewhere, the fight against fuel poverty – with economic, health and social consequences – is a priority to reduce greenhouse gas emissions from buildings, one of the most emitting sectors. But France has fallen behind. “The building energy renovation policy lacks strong and effective management and an efficient support public service throughout the territory”, recently criticized the Court of Auditors.

Thermal advisors for years within the Synergies 53 association (partner of the territorial platform for energy renovation in the North-East of Mayenne), Mr. Ramel and his colleagues Arnaud Dubreil and Julien Glangetas have seen a succession of devices. Until the last overhaul, in January, under the France Rénov’ label presented by the government as the “public renovation service”. This one-stop shop, piloted by the National Housing Agency and based on pre-existing networks, aims to facilitate support for individuals, with an Internet platform and a single number. Some 1,800 advisers are spread over 500 spaces. It’s about “more of a directory of platforms than a harmonization of services”however, judges the Court of Auditors.

You have 68.15% of this article left to read. The following is for subscribers only.