In hospitals, obscene frescoes must be removed 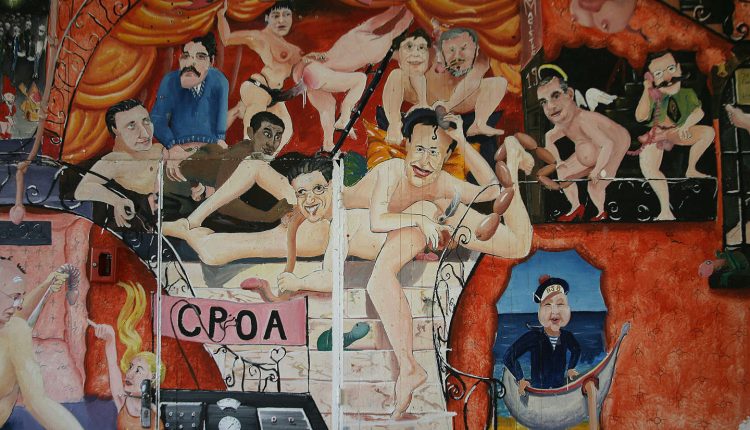 It is a divisive practice which persisted on the walls of hospitals in France and which is now over. Establishments that house pornographic or sexist murals in duty rooms will have to remove them, “consultation” with the interns.

This decision is part of the “zero tolerance policy” displayed regarding “moral or sexual violence against health students”, argues an instruction from the Directorate General for Care (DGOS), Wednesday, January 25. This note, dated January 17 and revealed by the news site Hospimediapoints out that “several disputes closed or in progress” aimed at frescoes. Seized in summary proceedings by the association Dare feminism! in the name of the “dignity of women”the Toulouse administrative court thus ordered in December 2021 the removal of certain decorations from the duty rooms of the city’s university hospital center (CHU).

In 2015, in Clermont-Ferrand, a fresco representing a collective rape between superheroes had sparked controversy after ” bubbles “ of texts have been added, implicitly designating the Minister of Health Marisol Touraine as the central figure. It should have been erased. Since then, hospitals have spontaneously removed or modified murals, “sometimes in a climate of opposition from interns”notes the ministerial document.

The withdrawal imposed by the ARS in the event of disagreement

Even today, some of the carabins (medical students) remain attached to bawdy and grotesque representations coming from a tradition that seems anachronistic today. Of the “carbine frescoes” of a sexual nature still cover the walls of certain establishments. In 2017, these frescoes were found in twenty-five to thirty rooms in Ile-de-France and a few sites in the regions.

Noting a lack of consensus on the subject, the Ministry of Health asks the hospitals concerned to“organize the removal of all pornographic and sexist frescoes in a schedule that provides for consultation” with the representatives of the interns. In the event of persistent disagreement, the regional health agencies (ARS) may ” impose “ the disappearance of these paintings.

Questioned by Agence France-Presse, the Intersyndicale Nationale des Interns (ISNI) does not oppose these directives but asks “means be released” to ensure the conservation of frescoes of heritage interest, for example in hospital museums, as has already been done.

“Our duty rooms must remain places of life: we must not sanitize these rare places where interns can exorcise a daily life that is not easy”, underlines Olivia Fraigneau, president of the ISNI. Above all, this representative calls on the authorities to “seize the opportunity to finally renovate the boarding schools and no longer ignore the disastrous conditions in which (…) the interns » are hosted.

Pensions: Terminal announces that those who started working between the ages of 20…

More than twenty left-wing mayors, including Anne Hidalgo, question the head of state…

La Maison de Solenn, a bubble to repair teenagers: “Arrived in a wheelchair, our…

A group of Serbo-Croatian burglars operating in Europe dismantled