In Haarlem, the Netherlands, the MSD factory floods the world with its drugs 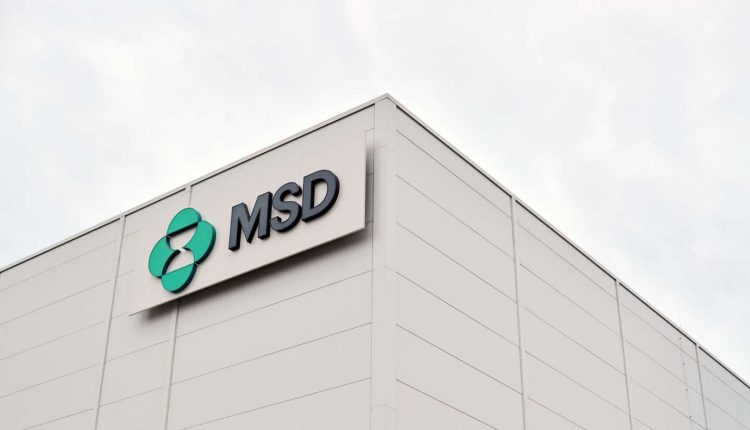 Arranged in single file, the small bottles parade at high speed on the automatic rail. “They come straight from Ireland”, explains an employee, charlotte screwed on the head and white coat of rigor, above the hum of the machine. One by one, the bottles pass in front of the labeling machine which affixes the marking “Keytruda 25mg/ml”, have a serial number tattooed, then are wrapped in a user manual, before finishing their journey a few meters further on, where a team of three workers are manually packing the vials into cardboard boxes. The pace is fast, the gestures are precise.

A well-honed mechanism which is not surprising. With over sixty years of experience, MSD’s Haarlem factory, located just outside Amsterdam, the Netherlands, is a veteran in the packaging and shipping of pharmaceutical products. Inaugurated in 1956, it has to its credit of being the first industrial establishment outside the United States of American Big Pharma since the Second World War. Known across the Atlantic as Merck, it is however called MSD elsewhere, to distinguish it from its German namesake. “It is now one of our biggest sites in the world”says Leonardo Mallmann, general manager of MSD in the Netherlands.

From its humble beginnings, the factory has grown considerably, making the country, which has three other production sites in Oss, Boxmeer and De Bilt, one of the company’s main industrial bases on the Old Continent. In Haarlem, his buildings now cover more than 200 hectares. Within its walls, 1,500 employees work there every day in the production, packaging, quality control and shipping of the company’s pharmaceutical products.

The strength of the plant lies in particular in its flexible packaging lines, which make it possible to switch, in a very short time, from one form of packaging to another. This feature gives MSD the ability to produce a variety of packaging (blisters for tablets, pre-filled syringes, bottles, etc.) adapted to the uses and regulations of a multitude of countries around the world.

In total, 2,500 medicines and vaccines in different packaging leave the warehouses of this plant every year to be shipped to 140 countries around the world. “It may seem trivial, and yet, packaging products on the same industrial site with labels and instructions in so many different languages ​​requires a very complex organization”said Craig Kennedy, vice president of MSD, responsible for the management of the global supply chain.

You have 55.84% of this article left to read. The following is for subscribers only.