In Grenoble, the burkini in swimming pools divides 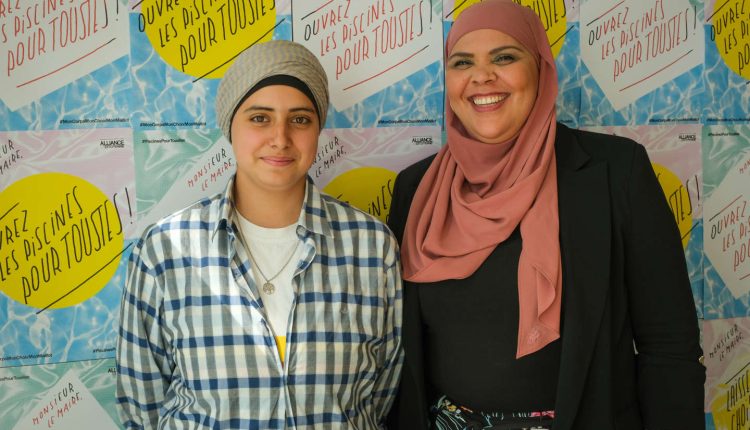 Behind the entrance gates of the Jean-Bron outdoor swimming pool, in the city center of Grenoble, the staff is busy before the reopening. We polish the windows, the panes, the basin. At the entrance, the 2021 timetables are still displayed, as are the internal regulations: forbidden to run, push, eat and drink at the edge of the pool, smoke, spit, listen to music. The models of authorized swimsuits are drawn: one-piece and bikini for women, boxer shorts or swimming trunks for men. This panel may need to be changed.

Monday, May 16, the municipal council is called by the mayor (Europe Ecologie-Les Verts, EELV), Eric Piolle, to decide on a modification of the internal regulations of the swimming pools of the city which would lead to authorize the burkini, the name used for models of covering swimsuits for women, but also the monokini, which is less known. The debates promise to be tense and no less than three demonstrations are planned in front of the premises of the Métropole, which will host the municipal council: one at the call of the former mayor (RPR) of the city Alain Carignon, the another from the right-wing UNI student union, and the third in the name of an Association of elected women from Isère, unknown to the general public.

The subject unleashes passions. On the walls of the Jean-Bron swimming pool, between a poster for a concert by the Ayatollah group or a DJ set “Nevrose”, a slogan is displayed in capital letters, like the “gluers” but without respecting the graphic code. : “Burkini = misogyny”. While the photographer of World frames the message, a woman approaches spontaneously. “Whether we are on the left or on the right, we, the Grenoble residents, are quite frightened by this measureshe begins, without preamble. We meet every day on the “one” of the newspapers. France is the country of the Revolution, of May-68. Our mothers were fighting to burn their bras, and now we are fighting to be able to dress like Afghan women. We give in too much to the Muslim religion, we are imposed an exaggerated multiculturalism. In any case, this subject divides us enormously. »

She is so upset that it is difficult to interrupt her to ask her who she is, where she comes from. Lawyer, 40, single, short hair, she never voted for Eric Piolle, but she has environmentalist friends and even they would be furious at her latest initiative. For Alexandra, it’s a strategy aimed at “to flirt with the Muslim electorate in the midst of an election campaign. He is in a national posture, he is positioning himself for the future after the failure of [Yannick] Jadot in the presidential election ». She expects ” at worst “ this summer if the measure is adopted. “Including violence! » Then she fled, without wanting to give her name: ” Too dangerous. »

You have 70.05% of this article left to read. The following is for subscribers only.