In education, “The politics of evidence” has not proven itself 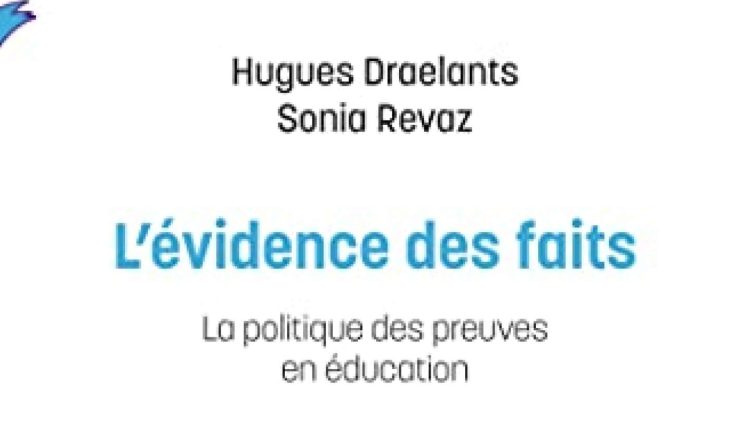 Book. Promote “methods that work” is a constant in the voluntarist speeches that education policies like to hold. This register has now been renewed by claiming to beevidence-based education, which can be translated as “evidence-based education”. This approach, which originated at the end of the 1990s and which has spread internationally, results from a transposition to the educational field of I’evidence-based medicine, focused on scientifically substantiated research of “good practices”. It is also part of the more general framework ofevidence-based policy, policy that appeared with the new public management and using a systematic recourse to performance indicators.

In France, the approach evidence-based in education had its consecration under the ministry of Jean-Michel Blanquer and, in parallel, with the promotion of neurosciences. It garners without difficulty an excellent media reception and a success of opinion, because how to be against the scientific “proofs”? Its rise is “supposed to depoliticize public action and consecrate the reign of pragmatism, of what works, to the detriment of ideology”, write sociologists Hugues Draelants and Sonia Revaz in their book Evidence of the facts, subtitle “The politics of evidence in education”. Placing this approach in the long history of the “statistical reason” and “government by numbers”, the authors, who claim their critical angle, believe that “the policy of evidence has not proven itself”.

Far from a summary anti-scientism, Hugues Draelants and Sonia Revaz nevertheless consider it legitimate to want to found educational action on rational bases and do not reject in principle the nec plus ultra of the proponents of the evidence-based approach: the method experimental. Supposed to represent the highest level of reliability, it uses randomized studies (from the English random, “randomly”), for which two groups are randomly selected: an experimental group to which an action is applied (for example, a certain learning method) and a control group where nothing is modified and which, by comparison, is used to evaluate the effect of this action.

The authors underline the limits of the experimental method and contest its exclusive use. They draw attention to the “constructed character” measured realities: the choice of criteria to be studied, they point out, is always negatively based on a set of“willful ignorance”. In other words, like at the foot of a lamppost, evidence is sought where the circle of light is. What appears to be the most measurable is measured, discarding what lends itself less easily or not at all to quantification, at the risk of losing sight of whole sections of a complex, fragmented, heterogeneous reality. Changing, too, because in education as in other professions, good practice “is not reducible to the application of a specific rule or recipe but depends on a diversity of judgments in the situation”.

You have 38.6% of this article left to read. The following is for subscribers only.