In Bordeaux, four pairs for a by-election 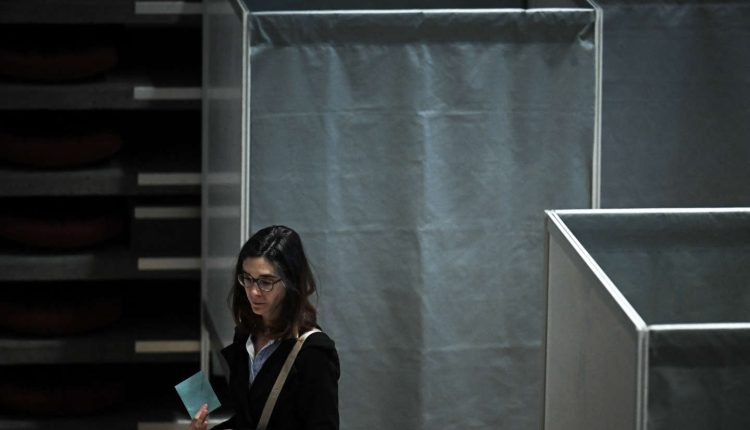 This time, we don’t take the same ones to start over. On October 9 and 16, the 32,000 voters of the canton of Bordeaux-3 (Caudéran-Saint-Augustin) are called back to the polls to elect their departmental councillors. They will have to choose between four pairs of candidates, only one of whom has returned to the running since the departmental ballot in June 2021: that of the duo composed of Géraldine Amouroux, outgoing departmental councilor, and Gérald Carmona, united under the Gironde Avenir banner (union of the right and center). The three other candidate pairs, Catherine Fabre and Aziz Skalli (Renaissance, presidential majority), Léa Lafaysse from Europe Ecologie-Les Verts and Bastien Gracia from the Socialist Party (PS), as well as Bruno Paluteau and Maryvonne Basstères from the National Rally (RN) , if they are already engaged in politics, make their baptism of fire in this constituency, which has 52,000 inhabitants.

The explanation: Voting method, political balance and impact on daily life… how do departmental elections work?

The cancellation of the previous election fell in July. In question, the mention “former member of the cabinet of Alain Juppé” on certain ballot papers of Xavier Loustaunau, pair of Dominique David for the presidential majority. 169 ballots had not been counted, and the duo had multiplied the attempts to appeal to the administrative court first, before appealing then going before the Council of State, which finally decided to call new elections. “169 ballots had been considered invalid when they were just irregular, there was no desire to mislead the voter, which was recognized, there is a difference between the invalidity of a ballot and the ‘irregularity’defends Xavier Loustaunau, who had not crossed, with Dominique David, the first round in 2021.

” We should have been first in the first round of 2021 and, consequently, benefited from the vote transfers that would have happened naturally. “, he specifies, having collected 2,890 votes in the first round, against 2,998 for Géraldine Amouroux, who won the second round with 60.76% of the votes against Clément Jeandet and Françoise Julien, who represented the departmental majority. (PS). This time, Xavier Loustaunau is not returning to the campaign, replaced by two well-known elected representatives from the presidential camp in Bordeaux, the former deputy Catherine Fabre, beaten by the ecologist Nicolas Thierry in the June legislative elections, and Aziz Skalli, Renaissance referent in Gironde.

On the eve of the end of the campaign, the candidates confess the difficulty of mobilizing voters, faced with the confusion created by this new by-election, and a canton marked by an abstention of 64.36% in 2021. Especially since the latter discover, for the most part, new faces, and are tired of being called back to the polls again after the regional and departmental elections of 2021, and the presidential then the legislative elections of 2022.

You have 31.62% of this article left to read. The following is for subscribers only.