HIV: transmission, screening, treatment … the answers to your questions about AIDS 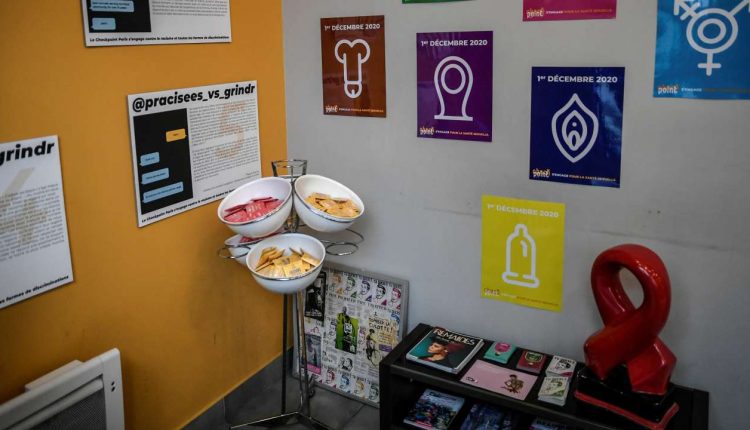 Despite the undeniable battles won by those involved in the fight against AIDS in recent decades – in terms of prevention, screening and access to treatment – the epidemic is still far from being eradicated, in France as elsewhere. of the world. On the occasion of World AIDS Day, Wednesday 1er December, The world returns, point by point, on the various questions which still arise on HIV.

Where is the AIDS epidemic in France and in the world?

AIDS (acquired immunodeficiency syndrome) is a disease that weakens the immune system and makes the body vulnerable to multiple opportunistic infections (toxoplasmosis, pneumocystosis, cryptococcosis, etc.). It is caused by a lentivirus called HIV (human immunodeficiency virus).

In France, 173,000 people were living with HIV in 2016, according to Public Health France. In 2018, after several years of stability, the number of HIV-positive discoveries finally recorded a slight decrease compared to 2017 (6,155 new diagnoses, compared to 6,583), according to a report of the National Agency for Research on AIDS and Viral Hepatitis (ANRS).

Globally, 38 million people are HIV-positive – the equivalent of the population of Canada -, according to the United Nations specialized agency, Onusida. The epidemic is far from being eradicated: 1.5 million people discover each year that they are infected. In 2020, 680,000 people died from AIDS-related illnesses. Since its appearance in the early 1980s, this epidemic has killed 36.3 million people.

There are three modes of transmission of this virus, recalls Public Health France :

It is important to stress that one cannot be infected with HIV if there is no direct contact, unlike the flu or the coronavirus. HIV is not spread by swimming, sneezing, coughing, insect bite, sharing a drink, clothing, or using the same toilet, or by elsewhere, by a kiss or a hug.

Why is it important to get tested?

The life expectancy of properly treated HIV-positive people today is almost similar to that of the general population. But infected people who discover their HIV status late risk being treated at an advanced stage of the disease, which can complicate their treatment path and threaten their health.

In addition, an HIV-positive person on effective antiretroviral therapy obtains a so-called undetectable viral load, as it is low in the blood. Concretely, she no longer transmits the virus. This revolutionary advance in the response to the virus was summarized by the formula U = U, for Undetectable = Untransmittable (“Undetectable = non-transferable”).

Protecting your health and that of others therefore presupposes know your HIV status. However, the Covid-19 pandemic has caused a significant drop in HIV testing: in France, there are 650,000 fewer tests between March 2020 and April 2021 compared to the previous twelve months, according to Public Health France. As a result, the number of new HIV-positive people put on treatment has fallen by 20% in one year. Currently, it is estimated that around 24,000 people are unaware of their HIV status in France. This situation makes the associations fighting against AIDS fear the worst.

Read also HIV testing and prevention: Covid-19 has ruined the progress made in recent years

Can we cure AIDS?

No, we are not yet cured of AIDS. Why ? To answer this question, one must first understand how HIV works in the body.

This virus mainly infects CD4 T lymphocytes, cells of the immune system. Its particularity is to integrate its genetic material into it. As lymphocytes are cells that play an extremely important role in the immune system, they are always active. However, as soon as they are active, they allow the production of viruses. Replication of the virus is therefore continuous in untreated HIV-positive people.

Antiretroviral treatments and their combination in triple therapy, from 1996, only made it possible to block the multiplication of HIV. These treatments – which must be taken for life – prevent the infection from progressing to AIDS but do not allow the infected cells to be eliminated and, therefore, to eradicate the virus.

Why is there no vaccine against AIDS when a year was enough to develop several against Covid-19?

Forty years after the first AIDS alert on June 5, 1981, there is still no vaccine against the disease. Conversely, the researchers managed an exceptional race against time against SARS-CoV-2. In less than a year, several vaccines against Covid-19 have been authorized. How to explain such a discrepancy?

As the virologist Christine Rouzioux explained to the World in June, “HIV induces a very modest immune response, and we do not know how to make it powerful and effective” :

“It is not known which immune responses would be effective enough to protect people from the entry of the virus into the body. Also, there are a lot of variants, so you would need a lot of different vaccines. “

Read also Article reserved for our subscribers Why is there no vaccine against AIDS when a year was enough to develop several against Covid-19?

Messenger RNA technology, used in particular to manufacture vaccines against Covid-19, offers hope in the fight against AIDS. However, there are still many steps to be taken before reaching a vaccine. Many unknowns remain and it will take time.

Can you be HIV positive and healthy?

Today, a well-treated HIV-positive person has about the same life expectancy as an HIV-negative. The treatments are more and more effective and better and better tolerated – with relatively few side effects: now, people infected under treatment have a daily, so to speak, normal. In France, the majority of people living with HIV will never develop AIDS, the most advanced stage of infection.

Even so, HIV makes the body “More vulnerable to other health problems, including cardiovascular disease, kidney problems and loss of bone density”, underlines the association Sida Info Service. People with HIV also have an increased risk of developing cancer relative to the general population.

Are there populations more at risk than others?

HIV is passed from person to person and can affect anyone. However, certain populations are particularly concerned. According to data from Public Health France, men who have sex with men and heterosexuals (men or women) born abroad remain the two groups most affected. They represent respectively 43% and 37% of discoveries of seropositivity declared between January 2019 and September 2020.

In addition, young people under 25 represent 13% of HIV-positive discoveries in 2019-2020, according to Public Health France : this proportion is similar to that observed in 2017-2018. Note also that 23% of people aged 15 to 24 feel poorly informed about HIV and AIDS, according to a survey unveiled in 2019 by the Sidaction association: they have never been so numerous for ten years. These data are a worrying signal.

Read also Article reserved for our subscribers HIV positive: “I was 22 years old and for me it was something that did not affect young people”

The pre-exposure prophylaxis, abbreviated PrEP (from English pre-exposure prophylaxis), is a preventive “anti-AIDS” pill for HIV-negative people at high risk of HIV. All the studies conducted in France and abroad to assess the effectiveness of this prevention tool show that there has been no case of transmission in people who were following the treatment correctly, highlights Sida Info Service.

PrEP is distinguished from post-exposure treatment, emergency treatment given to an HIV negative person after high risk taking to prevent transmission of the virus. Issued by hospital emergency services, it must be started no later than forty-eight hours after taking the risk and lasts one month.

Read also Article reserved for our subscribers “Today, if I were not on PrEP, I would already be HIV positive”

This is the rejection, hatred or fear of people living with HIV. Since the 1980s, the discourse on the virus and the disease has evolved. However, it left lasting traces. For example, it was not until 2018 that the deceased infected with HIV could benefit from conservative funeral care.

Today, people living with HIV are still victims of prejudice and discrimination: refusal of care at the dentist or gynecologist; difficulties in obtaining a bank loan (despite recent advances)… More generally, it remains very complicated to say that you are HIV positive at work or in intimate relationships.

“HIV carries a lot of fantasies. The fears linked to the virus, sometimes totally irrational, are deeply rooted “, explained Florence Thune, general manager of the Sidaction association, at World in 2018. This is why she is campaigning for a “Trivialization of HIV in the positive sense of the term: the more we testify, the more people will tell themselves that it is possible to live almost normally with HIV, and the more they will be tested and treated. This is how we will stop the contamination. “

Trial of November 13: fragments of hearing

Cannes Film Festival: the couple who put the “colleuses” at the top of…

Philippe Aghion and Emmanuel Combe: “The future of children from disadvantaged…

Milk shortage in the United States: the…