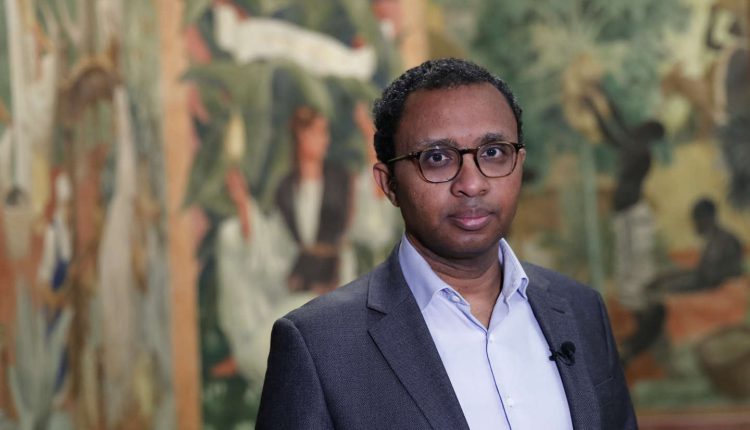 He is one of the new faces of the Borne government. Historian Pap Ndiaye was appointed Minister of National Education and Youth on Friday, May 20, announced the Secretary General of the Elysée, Alexis Kohler, replacing Jean-Michel Blanquer who remained on rue de Grenelle for five years. The school is presented as one of the three major projects of Emmanuel Macron’s new five-year term.

This 55-year-old French academic, specialist in the social history of the United States and minorities was until now at the head of the French National Museum of the History of Immigration. In the spring of 2021, he was appointed to this post by Emmanuel Macron who was calling for new blood. Worried about the identity tensions that have been rising in France for several years, the Head of State was looking for a place, and a person, to calm the debate. “A year before the presidential election, the president wanted a symbolic change at the museum, explained to WorldMercedes Erra, co-founder of the communication agency BETC and president of the board of directors of the Palais de la Porte-Dorée, in June 2021. A media director, peacemaker, who would come out of the conservatives’ seraglio. »

Read also Article reserved for our subscribers Pap Ndiaye: “Our mission is to make immigration a central element of national history”

According to sociologist Michel Wieviorka, the reality is very political: “The Head of State wanted to send a political signal to counterbalance the positions of ministers Jean-Michel Blanquer [éducation], Frederique Vidal [enseignement supérieur] and Gerald Darmanin [intérieur]. » All three have notably denounced in recent months the “Ravages of Islamo-leftism”.

Master of his emotions

At the beginning of February 2021, when Frédérique Vidal sparked controversy over “Islamo-leftism” at university, Pap Ndiaye sensed the danger. But “I had the obligation to intervene, otherwise I would lose all credibility”, he explained to World in 2021. On France Inter, he took his softest voice to say: “This term of Islamo-leftism does not designate any reality at the university. What strikes me above all is the degree of ignorance of the political world of the research carried out at the university in the social sciences and the humanities. »

Read also Article reserved for our subscribers Pap Ndiaye: “The United States may be at the dawn of a new coalition between liberal blacks and whites”

Perfectly in control of his emotions, the brother of Marie NDiaye, winner of the Femina and Goncourt awards, also knows how to frame those of others. Valentine Umansky, curator of the Tate Modern in London, who knew him as a professor at the Ecole des Hautes Etudes en Sciences Sociales (EHESS), never heard him raise his voice: “He never gets into conflict, even with the most angry people, it’s disarming in every sense of the word. »

Since he wrote The Black Condition (Calmann-Lévy), in 2008, the first notorious study of black studies French-style, Pap Ndiaye’s rating is rising among politicians, reassured by his side detached from the race struggle and the class struggle. They have also seen it at work in cultural institutions. In 2019, the Musée d’Orsay included him in the scientific committee of the exhibition “The Black Model, from Géricault to Matisse”, great success of the year. His models are saxophonists, writers – Aimé Césaire, the poet of negritude, is his idol.

Read also Article reserved for our subscribers Pap Ndiaye: “There is indeed structural racism in France”

“My first thoughts go to the teaching world, which has been mine for a long time”, said Mr. NDiaye, during the transfer of power on Friday evening with his predecessor, Jean-Michel Blanquer, visibly moved to hand over the torch. The two men made reference to Samuel Paty, the history teacher murdered by a terrorist. Pap NDiaye dedicated his first words to him, while Jean-Michel Blanquer insisted on the before and after that the drama represents: “Samuel Paty forces us to be vigilant about our values. You are now the guarantor. »

Pap NDiaye highlighted his journey during his speech: “I am the pure product of the republican meritocracy of which the school is the pillar”before adding: “I am the symbol of meritocracy and diversity. I take no pride in it, but a sense of duty and responsibility. » From “huge challenges”it evokes “ the consolidation of fundamental knowledge, equal opportunities and the necessary adaptation of the school to the upheavals of economies and societies”. “Dialogue with the educational community will also be important”he hammered in the form of a pledge given to teachers.

The acting president of the Rassemblent national, Jordan Bardella, estimated that Mr. Ndiaye is “a racialist and anti-cop activist”. For the MEP, his appointment “is an extremely worrying signal sent to French students within the national education system, already undermined by communitarianism”.

At Reconquest! also, the party of Eric Zemmour, Pap Ndiaye was the object of all criticism. On Twitteractivist Damien Rieu lamented that Mr. Ndiaye participated in 2016 “to ‘separate meetings’ (forbidden to whites) alongside the worst ‘indigenists’ in the ‘occupied building’ of the University of Paris-VIII. This is the one who will be responsible for the education of our children. »

Asked about the attacks targeted by Mr. Ndiaye, the Prime Minister, Elisabeth Borne came to her defense on Friday evening at TF1’s “20 Hours”. “Pap Ndiaye is there because he shares with Jean-Michel Blanquer the objective of offering our children excellence and equal opportunities and I think he embodies that”she replied at first.

“There are achievements on equal opportunities, in particular the splitting of CP classes which was led by Jean-Michel Banquer, but his roadmap is to continue to go further and to do so. with the teachers who share these concerns, obviously with the parents of pupils and the associations which can help on these questions of equal opportunities. »

The Prime Minister also responded to the far-right attacks targeting the new tenant of Rue de Grenelle: “It’s perfectly caricatural, which does not surprise me on the part of [ces] people since that has been their tone throughout the last few months. Pap Ndiaye is a committed Republican and this is what he will wear as Minister of National Education. »

On the side of La France insoumise, Jean-Luc Mélenchon spoke after the government’s announcement and mentioned “boldness” of the appointment of historian Pap Ndiaye that the “rebellious” “greet”. “If I know nothing of his intentions in national education, I share the appreciation he had expressed about the President of the Republic in an interview with the World in July 2019: “As for Emmanuel Macron in the center right, if he happens to express himself eloquently as on May 10 about the memory of slavery, it is difficult to discern a policy or even a consistent point of view.” On this point, we agree “, he said.