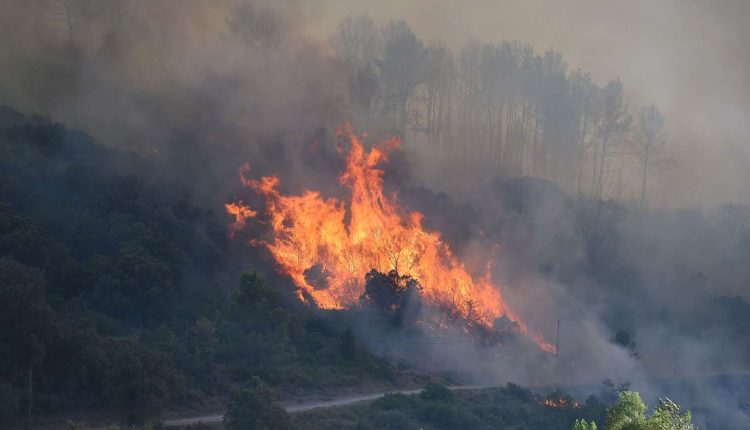 A former volunteer firefighter, suspected of being the author of two fires lit at the beginning of August in the Hérault, was placed in pre-trial detention on Thursday, announced the public prosecutor of Béziers, Raphaël Balland, Saturday August 6 .

The 33-year-old man will appear on September 28 before the Béziers criminal court for these two fires. He faces up to ten years in prison, the prosecutor said.

On August 2, around 7 p.m., the Hérault fire and rescue services responded to a vegetation fire in the natural and agricultural area of ​​Pézenas. The fire, extinguished in two hours, had spread over 500 m2 without causing damage to homes.

Read also: Fires in France: who are the arsonists and why do they do this?

The gendarmes of Pézenas were then alerted to the presence on the scene of an individual with suspicious behavior who had also been seen in the afternoon near a first start of fire, quickly circumscribed by the firefighters.

Arrested on the day of the events when he was alcoholic, he had ended up recognizing, after his sobering up, being the author of the fire of the evening. On the other hand, he disputed any responsibility in the first outbreak of fire and had explained his gesture by his alcoholism, said the prosecution.

In front of the gendarmes, he declared living in Villeurbanne (Rhône), having been a volunteer firefighter in Ardèche between 2008 and 2011 and having come to Hérault with his companion to visit her family. The man, already convicted of acts of violence by a spouse, was referred on August 4 to the Béziers prosecutor’s office.

At the end of July, already in the Hérault, a forester, also a volunteer firefighter, had admitted in police custody to being the author of several fires explaining his actions by the adrenaline rush they caused and a need of “social recognition”.

Read also: Article reserved for our subscribers In Roquefort-des-Corbières, goats graze the fire out of the forest

With more than 47,000 hectares burned since the start of the year, France exceeded a record number of burned areas in July, the European Forest Fire Information System (EFFIS) reported on Friday. has kept comparable statistics since 2006.