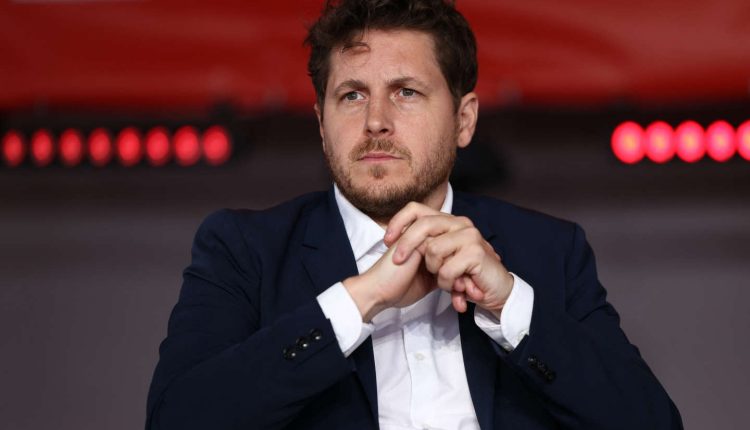 The internal referendum to simplify the organization and adapt EELV to the “conquest of power”, supported by the party leadership, was rejected on Sunday, September 25, plunging the green party a little further into the crisis already fueled by the Bayou affair. According to two leaders of Europe Ecology-The Greens (EELV), the referendum obtained around 54% yes, far from the 66% necessary to be adopted.

The introduction to the referendum urged to say “yes to the end of motions, as machines for manufacturing opacity and militant demobilization. Yes to more transparent and more readable operations”.

the ” yes “ was supported by Marine Tondelier, who should seek the head of the party at the congress scheduled for the moment in December, and by many elected officials. “The complexity of our statutes excludes them, they must be simplified”explained the municipal councilor of Hénin-Beaumont.

Read also: Yannick Jadot calls on Julien Bayou to withdraw from the national secretariat of EELV

The opaque debates and internal struggles are well known in the political world, and are a regular subject of teasing. But the bar of 66%, with blank ballots counted, was too high for a controversial proposal.

This setback for the management of EELV comes as the party is shaken by accusations of moral harassment against national secretary Julien Bayou by an ex-companion. The testimony in a Monday program of MP Sandrine Rousseau, who met this ex-companion, led the environmental group in the National Assembly to suspend Julien Bayou from his co-presidency.

An unwelcome affair: the 23 deputies were trying somehow to get out of the shadow of La France insoumise (LFI), which monopolizes media attention, strong with its 75 deputies and with a divisive tone. A party also currently mired in the Quatennens affair.

Read also: Article reserved for our subscribers The Julien Bayou affair plunges left-wing parties into turmoil, after that of Adrien Quatennens

In Lille, three buildings evacuated overnight from Saturday to Sunday for a risk of…