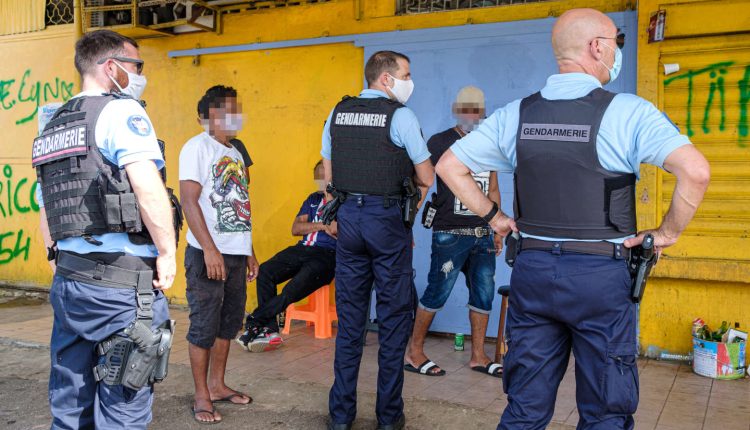 On September 2, there were nearly a thousand in the streets of Cayenne to say “stop the violence”. At the head of the procession, the family of a Chinese merchant killed four days earlier in his store in Rémire-Montjoly, near Cayenne. “It’s a shock, and not just in the Chinese community…it can’t go on like this”, testifies that day Jacques, a nephew of the victim. On August 27, two young people aged 20 and 22 were shot dead in Kourou. On August 10, a shopkeeper was shot dead in front of his bakery in Matoury. Since 1er January, there are thirty homicides in Guyana, as many as during the whole of 2021.

Also read the archive (2017): Guyana: “We are in France but not really considered French”

According to statistics from the Ministry of the Interior, from 2016 to 2021, the territory has an annual average of 11.2 murders per hundred thousand inhabitants, nine times the national average. For armed robberies, we are five times above the French average for 2021. On September 2, elected officials therefore called for more means against insecurity, as well as the arrival of the Minister of the Interior and overseas, Gérald Darmanin. The prefect announced the arrival for “forty-five days” of a seventh mobile gendarmerie squadron to fight against delinquency.

It is in this tense context that “security meetings” will open at the local authority of Guyana (CTG), Friday, September 30, in the presence of the Minister of the Interior, Gérald Darmanin, of that of justice, Eric Dupond-Moretti and the Minister Delegate for Public Accounts, Gabriel Attal. The idea comes from the president of the CTG, Gabriel Serville, elected head of the community in 2021 with the support of Jean-Luc Mélenchon.

“We’ve been repeating the same incantations for years”he analyzes, referring to the local security plan for Guyana of January 2017, the Guyana agreement signed in April 2017 with the State after an unprecedented popular mobilization, and a departmental crime prevention plan initialed in 2021 with the prefect and the prosecutor. “We experience the greatest difficulty in putting the scores we have written to music”deplores Gabriel Serville, former deputy in the Democratic and Republican Left group, in the National Assembly.

With the “security foundations”, it counts “bring together as many partners as possible around these recommendations”see “why they were not implemented”, “establish a roadmap, a timetable”and “a monitoring committee”. These meetings will address the issue of prevention, but also repression. “We must ensure that South American phenomena – gangs, drug production – do not settle in Guyana”warns Joël Sollier, Attorney General at the Cayenne Court of Appeal, estimating that “about five hundred” the number of people who “are attached to Brazilian mafia groups”.

You have 63.21% of this article left to read. The following is for subscribers only.