From BookTok to bestsellers, LGBTQ+ romances are becoming a genre all their own 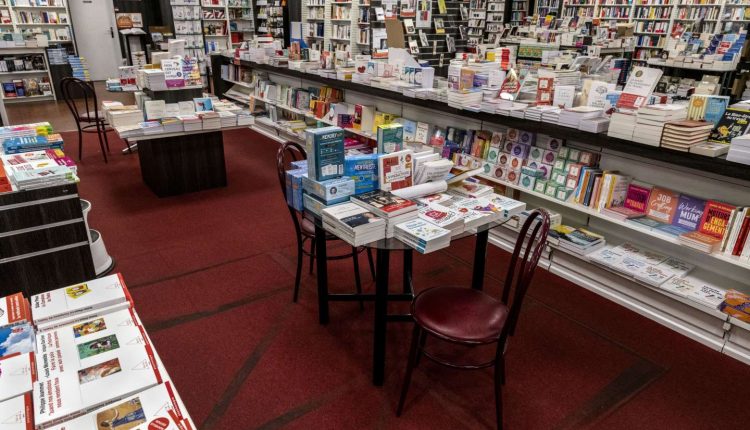 “I no longer buy any book without having seen it on Instagram or TikTok”, says Victoire Ducluzeaud, 18. On TikTok, she responds to the name of @Wethereaders, where nearly 150,000 subscribers, mostly teenagers, listen to his reading tips. The young woman is part of the BookTok, a literary community that meets around the hashtag of the same name. This huge book club, present on the platform for creating and sharing short videos TikTok, is far from being an epiphenomenon: the hashtag has more than 87 billion views.

This large interactive and human bookstore propels works to the head of sales – like the book The Song of Achillesromantic rewrite of theIliad between Achilles and Patroclus, released in 2011 (Pocket). Since the start of the year, Madeline Miller’s novel has sold more than 47,000 copies, eight times more than in 2020. Other success: six months a year, lesbian teen romance published by Hachette, whose hashtag on TikTok has exceeded 143,000 views since its release in February 2022.

Quite unexpected successes in bookstores for stories featuring LGBTQ + characters, usually hidden in the back of the closet. “For these underrepresented LGBTQ+ people looking for literature and culture they can relate to, TikTok’s highly personalized algorithm is very powerful”, judge Charlotte Borelle, marketing and communication manager at Hachette Livre. An observation shared by Louis Wiart, professor of communication at the Université Libre de Bruxelles: “On social networks, communities emerge and promote speaking out about experience and identity. We are going to talk about books but also about oneself, about one’s identity. »

Read also: Article reserved for our subscribers Young people are reinventing the uses of reading

For young people, the BookTok plays a prescribing role

According to the 2021 barometer “The French and reading” by Ipsos, 15-24 year olds remain one of the strongest categories of readers along with seniors: 91% of them have read a book in the last 12 months. A statistic that debunks received ideas and is partly explained by the success of literary content on social networks.

The BookTok then plays, for young people, a role of prescriber, who advises and directs on the books to read. “On TikTok, we are in the commentary, the conversation, rather than in a scholarly criticism. It’s quite complementary to traditional media: it allows us to talk about books differently and it also concerns works that are not very well covered”, abounds Louis Wiart. Genres such as fantasy, romance or children’s literature, usually widely criticized, find an echo chamber on TikTok. “It is the voice of the readers themselves, a sounding board that is not necessarily media”believes Cécile Térouanne, director of Hachette Romans.

You have 62.75% of this article left to read. The following is for subscribers only.