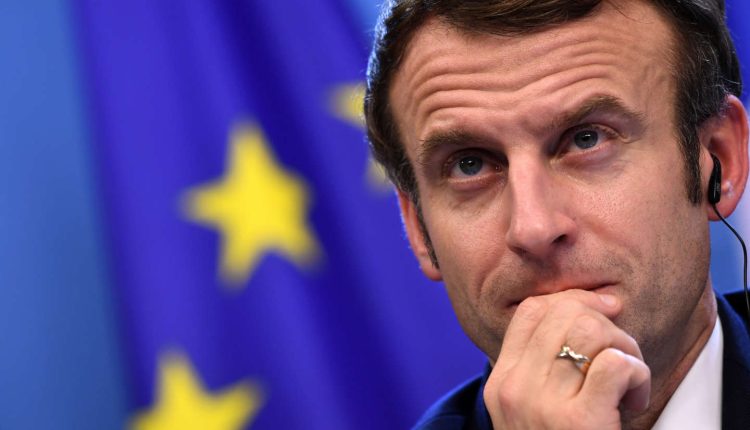 Emmanuel Macron hoped to make the six months of French presidency of the Council of the European Union an opportunity to establish the leadership he claims within the Twenty-Seven. The exercise promised to be tricky due to the elections in France. Above all, it was marked by the return of war in Europe, with the invasion of Ukraine by Russia on February 24, which came to crash into the agenda prepared by Paris and put European “sovereignty” to the test. dear to the Head of State.

In this bellicose context, European leaders have multiplied, in recent days, the compliments towards the voluntarism deployed by France, which handed over to the Czech Republic on Friday 1er July. “France can be proud” of his presidency, judged Ursula von der Leyen, the boss of the Commission, while the President of the European Council, Charles Michel, welcomed the “huge job done”.

Indeed, we can only salute the success of this presidency. The French government is rightly delighted to have made progress on the major issues on the agenda – from energy transition to digital regulation, including border management and the representation of women on boards. administration. He can also pride himself on having been able to coordinate the response to the shock caused by the aggression of a country located at the gates of the European Union.

Read also: Article reserved for our subscribers The war in Ukraine forced the EU to speed up its files during the French presidency

France has mobilized to bring out the six sets of sanctions taken against Moscow since the start of the conflict. It also worked to organize humanitarian, financial and military support for Ukraine, with unprecedented European co-financing for the delivery of arms to a third country at war. Without forgetting the responsiveness of the Twenty-Seven to welcome the millions of Ukrainian refugees fleeing the war. Finally, Paris has worked to strengthen the “strategic compass” of the Twenty-Seven and to strengthen cooperation efforts in the field of defence, in addition to a NATO in full rebirth.

Read also: Article reserved for our subscribers “Four months after the start of the invasion of Ukraine, the point of no return has been reached between the Atlantic Alliance and Russia”

At the European Council meeting on June 23 and 24, this mobilization culminated with the granting of candidate status to Ukraine, a week after the visit to kyiv by Emmanuel Macron and the German, Italian and Romanian leaders.

Read also: Article reserved for our subscribers Ukraine candidate to integrate the EU: the four months that convinced the Europeans to open their door to a country at war

But if the balance sheet is positive in many areas, it should not prevent us from wondering about the limits of Emmanuel Macron’s leadership, in a Europe where the balance of power is changing. Thus, the will of the Head of State to “not to humiliate” Russia, its concern to keep an open line of communication with the Kremlin may have weakened its authority in the part of the continent – Poland and the Baltic countries – which defends a continuation of the war until the Russian defeat, where France, Germany and Italy advocate a more moderate line.

Only time will allow us to judge the fate of the projects sketched out under the French presidency. The future of the idea of ​​a “European political community”, launched at the beginning of May by Emmanuel Macron in order to tie the candidate countries to the EU without hastening enlargement, will constitute a first test to gauge the real authority of the leader of State. The second test, relating to the possibility of promoting a new recovery plan backed by a common debt, will be even more formidable if the conflict in Ukraine were to lead to a recession within the Twenty-Seven. Both ideas are far from achieving consensus, but they deserve to be defended.