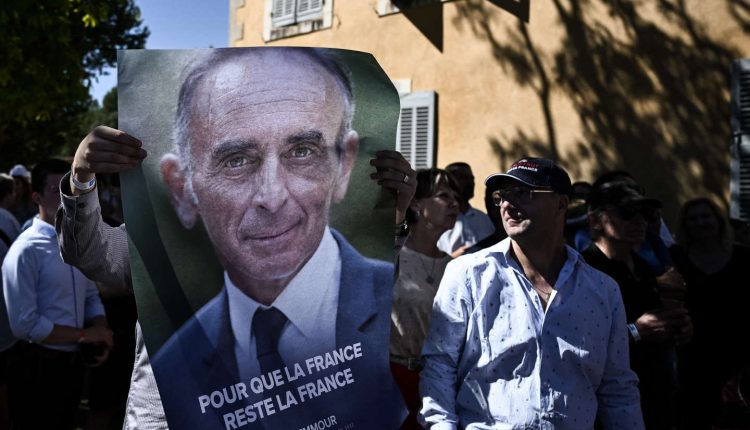 Sunday, December 4, wedged between a breakdance contest and an MMA match, the Palais des sports in Paris presents another kind of fight, “cultural” this time: for 10 euros the entrance, Eric Zemmour galvanizes the spirits and the prepares for the “civilizational” battle. The polemicist celebrates the first anniversary of his Reconquest! movement, in a reduced model version of the Villepinte meeting (Seine-Saint-Denis), which had launched his presidential campaign. The party promises three thousand paying spectators and a victory speech: everything is fine, we officially assure Reconquest!, which claims dynamic membership and an ideological impact on the grounds of immigration and education. An elected member of the party is amused by this frenzied optimism: “Zero MPs and 7% [le score de M. Zemmour au premier tour de l’élection présidentielle], apart from getting hit by a bus, I don’t see how it could be worse! »

Also read the decryption: Article reserved for our subscribers The delicate reconquest of Eric Zemmour

The party claims local, but symbolic victories, by dint of digital activism and harassment sometimes going as far as online threats: disruption of a conference on Islam in Château-Chinon (Nièvre), mobilization against a project to settle migrants in Brittany, cancellation of a school visit around the situation of exiles in Calais…

“It’s very satisfying for the activists and easily explainable to the French. It is a much more political reality than debating amendments that will never pass! », mocks the entourage of Mr. Zemmour, convinced that voters will find it difficult to grasp the usefulness of the National Rally (RN) in the National Assembly. When an exploitable news arises, such as the murder of the young Lola in Paris or the landing of theOcean-Viking in Toulon, reconquest! is active on social networks and dispatches its entire staff.

The identity Philippe Vardon, who has just joined Reconquête!, is in charge of this all-out mobilization: “We want to be this right which clearly assumes this ideological fight with the left, while LR [Les Républicains] submits to the center left and that the RN, for lack of clarity, refuses the fight. » The elected representative of Nice assumes for this to be inspired by the methods of the radical left, joining Eric Zemmour in “a form of admiration for what Jean-Luc Mélenchon produces”.

For their part, Marion Maréchal, Nicolas Bay or Eric Zemmour feed the conservative press in the stands on subjects as diverse as abortion, “Black Friday”, Armenia or the union of the rights – the latter, signed by the leader in Le Figaro Magazinemade people cough internally: he currys LR like the RN while claiming an alliance.

You have 61.36% of this article left to read. The following is for subscribers only.