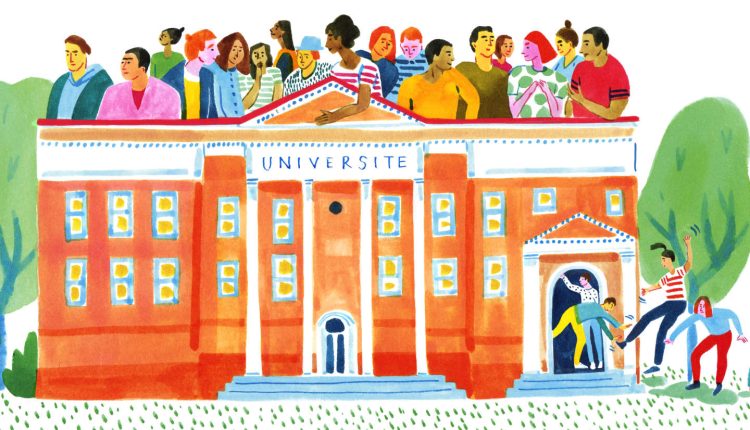 It was an early Christmas present that Jean (the first name has been changed) received in mid-December. The master’s degree in criminal law for which this 22-year-old student at the University of Pau had fought finally offered him a definitive registration. “It’s a huge relief”, confides the young man, who was so far only provisionally registered in this training. At the end of his law degree in Toulouse, he was first denied access: in the summer of 2022, he therefore chose to appeal for interim measures. “Only masters in the north of France accepted me. The urgency of my request was recognized because of my financial impossibility to go to study so far »specifies the scholarship student.

John has “the chance to be accommodated” in his family in Pau to follow this training, but had to use part of the pay of his summer job to finance the legal fees necessary for his approach. “Financial capacities to change study region, self-censorship, extra-university activities to distinguish themselves: no, students are not all socially equal in access to a master’s degree”, summarizes his lawyer, Rémy Dandan, who accompanies several students in their appeal to obtain places, in particular in the name of the “right to pursue studies”. Statistics from the Ministry of Higher Education prove him right: in 2021-2022, the proportion of children of employees and workers was 31.9% in bachelor’s degrees, against 21.5% in master’s degrees. Conversely, that of children of executives and higher intellectual professions increases from 29% to 40.3% between the two levels of study.

The difficulty of assuming the cost of moving to follow a master’s degree far from home, however prestigious it may be, is part of the social inequalities that are widening between the license and the master’s degree. This also explains why approximately 60% of students choose to do their master’s degree in the same establishment as their bachelor’s degree. Asked about the subject, the Ministry of Higher Education highlights the aid of 1,000 euros which is offered to scholarship holders to promote changes of academic region, and which concerned some 8,000 students in 2021-2022.

The objective set by the ministers in the 1980s to lead 80% of a generation to the baccalaureate, then 50% to the license level since the 2000s, brings more and more young people to the gates of the masters, without the number of places in M1 follows the trend. The recent mobilizations of students “without a master’s degree” and the questions in the public debate on the selection criteria show that “the challenges of the massification and democratization of higher education have now reached this level of study”, according to François Sarfati, university professor in sociology at the University of Evry-Paris-Saclay.

You have 71.48% of this article left to read. The following is for subscribers only.

Tenants, what energy renovation work can you carry out?

“Before the “senior index”, learn how to recruit them”

In Turkey and Syria, the death toll from…

Biden’s State of the Union…