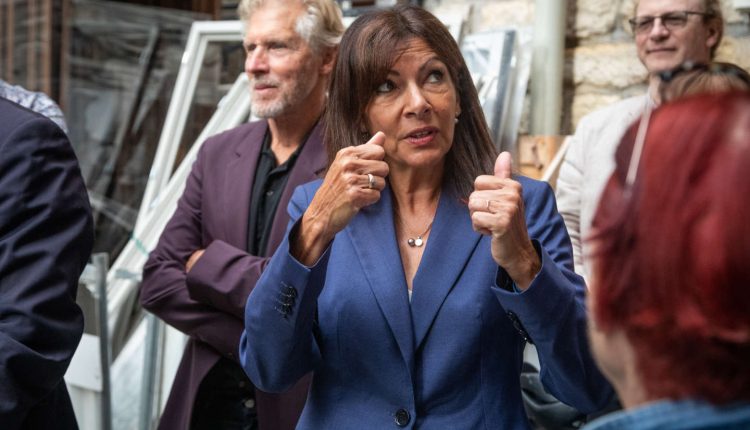 On September 13, for her return, Anne Hidalgo had reserved her first public appearance for the launch of her emergency plan for “energy sobriety”. She had visited, in the 13e arrondissement of Paris, two social housing units. A dilapidated and energy-intensive apartment, then a brand new model apartment which had benefited from interior work allowing maximum energy savings. She had talked about thermal renovation, water leaks and interior insulation. She recalled that the city of Paris always wanted to be at the forefront when it came to accelerating the energy transition “to protect the inhabitants from a rise in the price of energy which promises to be lasting”. Some 10 billion euros have been spent on this transition since 2014, including 600 million euros allocated to the renovation of social housing, and 300 million to the transformation of public lighting (44,000 lights to be replaced).

In the meantime, the energy bill for the City of Paris amounts to 54 million euros. On the eve of a winter that promises to be harsh due to the most severe energy crisis since the 1970s, she wants her city to achieve 10% energy savings. It therefore announced a battery of measures to cope. Like the drop in temperature in public buildings (from 19°C to 18°C) and in the 31 city-run swimming pools (from 27°C to 26°C in the water, and from 26°C to 25°C C in the air), and the extinction of public lighting in monuments, museums and municipal establishments at 10 p.m. A meeting will take place in October with the federations of traders to put in place the extinction of the illuminated windows during the night. Measures that are intended to be sustained.

Since September 23, the Eiffel Tower has turned off its lights at 11:45 p.m., rather than at 1 a.m. until now. This sparked a slight controversy with Elisabeth Borne. The Prime Minister stood out from this symbolic measure by wondering if turning off the light a big hour before could not create a problem of attractiveness for Paris. Especially when this early cut represents only 4% of its annual consumption.

“We were also surprised by the reaction of the Minister for Energy Transition [Agnès Pannier-Runacher], who had this astonishing answer: “Sobriety is not to stop living (…) it does not stop receiving tourists.” At this level of responsibility, it is not serious to say that, intervenes Dan Lert, assistant to Anne Hidalgo for ecological transition. Moreover, I note that, the next day, the Minister of Culture [Rima Abdul-Malak] announced the extinction of the Louvre pyramid at 11 p.m. »

You have 16.46% of this article left to read. The following is for subscribers only.