Energy crisis: in Hénin-Beaumont, the mayor RN relies on past efforts 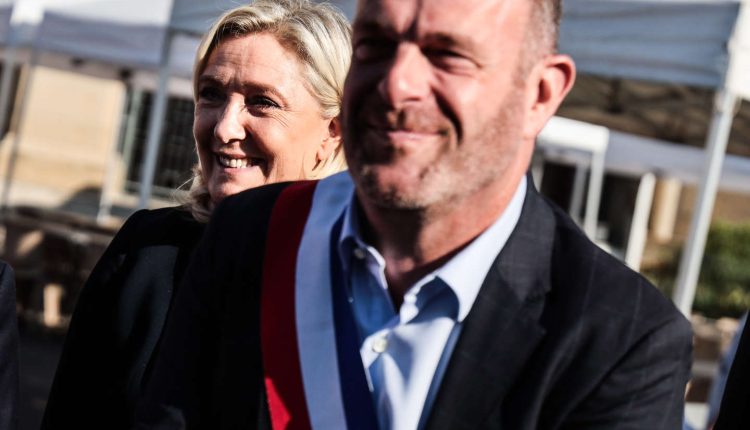 In Hénin-Beaumont (Pas-de-Calais), we did not wake up environmentalists with soaring energy costs. In 2014, Steve Briois, elected opposition member of the National Front (FN, now National Rally) since 1995, took over as mayor. He inherits a catastrophic financial situation. From 2001 to 2009, the city was managed by the socialist Gérard Dalongeville, who was eventually dismissed from his duties as mayor in April 2009, then sentenced in August 2013 to four years in prison, three of which were closed for embezzlement of public funds.

The far-right mayor has no choice but to cut corners. Its room for maneuver is narrow in a city where Gérard Dalongeville has cheerfully inflated the municipal workforce. “He hired 900 people! We ended up with personnel costs of 28 million euros out of a budget of 43 million”sighs the mayor.

Expenditure on public lighting then represents 750,000 euros per year. The decision was therefore taken to switch to LEDs for the 4,600 public lighting points in the municipality, which allows “a saving on the electricity bill of 250,000 euros per year”, evaluates Steve Briois. Indispensable insulation work and the replacement of windows and doors are being carried out in several schools and the city’s technical services are also taking the opportunity to replace the old energy-consuming neon lights with LEDs. Part of the cost of this work will be financed by the Pas-de-Calais departmental energy federation. Again, the economy is not neutral: 60% on these electricity bills.

At a time when the municipalities are being asked to take part in the national effort and to demonstrate energy sobriety, the director of the mayor’s cabinet, Martial Meunier, denounces the fact that his city “will not have any compensation from the State. We are not eligible for the gas plant they set up [le bouclier tarifaire pour les petites communes] and who encourages bad students. Our savings and self-financing capacity are good. So we have no right to it”.

Two years ago, Hénin-Beaumont launched a reflection on the creation of an urban heating network. “This will allow us to get away from natural gas as much as possible, to create heat and supply a group of public and private buildings, explains Sylvain Allard, director of technical services. In view of the context, it is very possible that we are moving towards a delegation of public service. » It is also the choice made for the renovation of the highly energy-intensive municipal swimming pool, which is currently closed pending work. One hundred and twenty-six solar panels will be installed on the roofs to self-supply electricity to the swimming pool, the media library and the municipal police station.

You have 22.5% of this article left to read. The following is for subscribers only.