Emmanuel Macron and Elisabeth Borne, executive couple despite everything 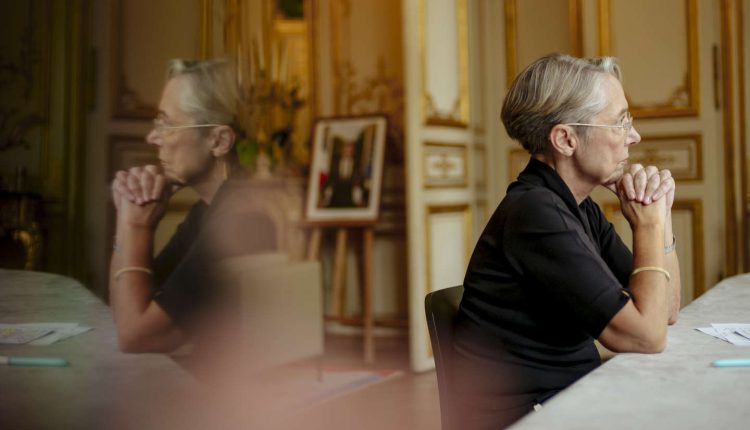 It is a little after 1 p.m. on November 21. Like every Monday for six months, Emmanuel Macron and Elisabeth Borne meet in the Salon des Portraits, at the Elysée Palace, for their weekly lunch. This tete-a-tete, symbol of the diarchy of the executive, is a confidential ritual whose content almost never filters.

“Whatever is said there stays in Vegas”usually illustrates Aurélien Rousseau, chief of staff of Matignon, in reference to the memory lapse of the protagonists of the American comedy very bad trip. The senior civil servant, with a singsong accent and a good fork, joins, after his meal with the secretary general of the Elysée, Alexis Kohler, the “PR” and the “PM” at dessert time. The two musketeers ensure that the necessary arbitrations are made at the café.

This Monday, it was about pensions. Heavy subject, as this beginning of the second five-year term is full of it. But is this enough to explain that the atmosphere is not as light as in the days of the predecessor, Jean Castex? From his feast with the elected representative of Prades (Pyrénées-Orientales), Emmanuel Macron emerged cheerful, his taste buds still sparkling after a dish of game. With Elisabeth Borne, renowned for her asceticism worthy of a high-level sportswoman, rare meat is rarely on the menu and still water is preferred to red wine. The former prefect, a vegetarian, is not the caricature of a “seed eater” that some wicked, slightly macho souls wanted to draw. But the Prime Minister breaks the codes of conviviality, as one of her relatives says. With her, lunches are “professionals” and “without artifice”sums up a palace adviser.

Read also: Article reserved for our subscribers How Elisabeth Borne the technician managed to impose her political authority

At the Elysée, some officers decked her out with a more biting nickname: the Lady-who-does-not-say-hello. A mania noted more than once in the hushed corridors where Elisabeth Borne, all in her files, forgets to answer those who greet her. “Is she after me?” »even poured out General Jean-Louis Georgelin, former chief of staff responsible for the reconstruction of Notre-Dame de Paris. “His emotions are internalized. It’s her smile that says what she feels.”, thinks Olivia Grégoire, Minister of Small and Medium Enterprises. This smile, the Head of State tries to tear it from him during their meetings.

The “PR-PM” relationship has always attracted the watchful eye of observers, aroused all the comments. Of the “socialist cohabitation” formed by François Mitterrand and Michel Rocard in the assumed rivalry of a Nicolas Sarkozy-François Fillon, the executive couple sets the tone of power. During the first five-year term, under Edouard Philippe, the formula used by the mayor of Le Havre (Seine-Maritime) – “the shadow of a sheet of cigarette paper” – had masked, under cover of euphemism, the growing tensions between the two politicians. With Jean Castex, Emmanuel Macron had found his complement, a servant of the State smelling good the soil.

You have 71.29% of this article left to read. The following is for subscribers only.