Elisabeth Borne on LCI about the debates with the oppositions in the National Assembly: “It does not scare me. It doesn’t impress me” 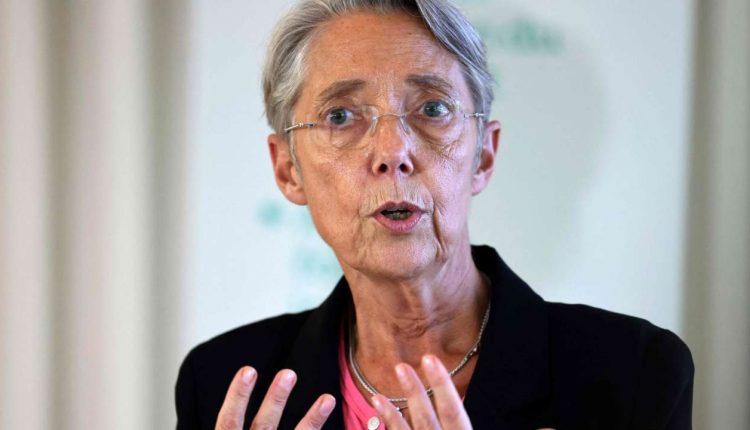 Jean-Philippe Tanguy, National Rally (RN) deputy for the Somme and former deputy director of Marine Le Pen’s presidential campaign, will be the far-right party’s candidate for the presidency of the finance committee in the Assembly, a announced this morning the interim president of the RN, Jordan Bardella.

Mr. Bardella also indicated that the dean of the deputies, who is the RN deputy for Bouches-du-Rhône José Gonzalez, 79, would chair the first session of the new Assembly, scheduled for Tuesday, June 28 at 3 p.m.

RN deputies “will naturally demand what is rightfully theirs in the National Assembly, representation in committee, chairman of the finance committee – and we will support the candidacy of Jean-Philippe Tanguy -, vice-president of the National Assembly and questure »said Mr. Bardella during a press conference.

Joined the RN after leaving Nicolas Dupont-Aignan, of which he was the right arm, Mr. Tanguy, 36, is a graduate of the Ecole Supérieure des Sciences Economiques et Commerciales (Essec) and Sciences Po Paris. He notably worked with Clara Gaymard when she was president of General Electric France. Mr. Tanguy has “a career in large companies, he is interested in the management of public finances, he will be perfectly competent for this position”estimated Mr. Bardella, who “greeted” on this subject “the democratic position of the President of the Senate [Gérard Larcher] ».

“The first parliamentary opposition group to Emmanuel Macron deserves respect. (…) I call on the authorities to respect democracy, we are not second-class deputies and the RN has its place in the institutions.he argued.

Mr. Larcher had estimated, Wednesday, that the presidency of the very strategic finance committee of the Assembly “should come back” to the RN given the rules of the Upper House, angering the first secretary of the Socialist Party, Olivier Faure, who accused him of “destroy the republican front”. According to this regulation, the chairman of the finance committee must come from the opposition. “However, I note that the RN is the first opposition group. So she should come back to him”said Mr. Larcher.

The presidency of this commission is attributed by a vote within it, scheduled for Thursday, June 30. Traditionally, the majority does not participate, leaving the oppositions to organize themselves. But majority MPs have hinted that it could be otherwise this time around.

On the left, the “rebellious” Eric Coquerel is a candidate. Socialist Valérie Rabault is also interested and suggests a rotating presidency within the New People’s Ecological and Social Union.