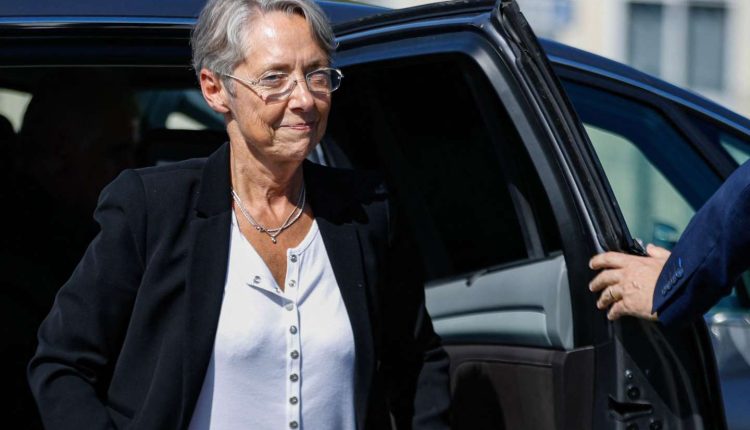 Prime Minister Elisabeth Borne defends Sunday May 22 in the Sunday newspaper the pension reform project, insisting on its desire to ” do not lie “ to the French. “Those who would have people believe (that pension reform) is not essential are not telling the truth to the French”says the head of government.

Emmanuel Macron proposed during the presidential campaign to “shifting the legal age” retirement “4 months per year” to wear it “in 2031 at age 65”with a device “long careers” and another from “difficulty”.

“The challenge for our country is to ensure the strength of our social model, to pursue social progress and to invest, particularly in health and education”pleads Ms. Borne.

“The President of the Republic has made clear commitments: no tax increase, no increase in debt. However, we are living longer and longer, the ratio between the number of working people and the number of retirees is decreasing… If we want to preserve the pay-as-you-go pension system, to which our fellow citizens are attached, we will have to gradually work a little Longer “.

Retirement at age 65 “is not a totem”she assures, “but we have to ensure the financing of our social model. And to announce to the French that they are going to work less, to brandish retirement at 60, is to lie to them. That’s what the RN did for years. It is also a measure found in the Nupes program and which is not credible. Promises like “tomorrow, we shave for free”, the French do not believe in them. I will not lie to them. ».

Purchasing power as a priority

On keeping the Minister of Justice in his post, which angered magistrates, Elisabeth Borne replies that“Éric Dupond-Moretti has obtained the largest increase in the justice budget for twenty years and concrete results in terms of staff and case processing times”. Regarding the appointment to education of Pap Ndiaye, the Prime Minister refuses to see a break with the legacy of her predecessor, Jean-Michel Blanquer:

“Let’s avoid caricaturing positions. Both pursue the same goal: to ensure equal opportunities and excellence for our young people, which the new minister perfectly embodies. »

The head of government also responds firmly to Jean-Luc Mélenchon, who hopes to take office after the legislative elections in June:

“The excesses of Jean-Luc Mélenchon, personally, interest me very little. Mr. Mélenchon, like all of us, should respect our institutions. The presidential election is played in two rounds, and I remind you that it was not in the second round. »

Finally, Elisabeth Borne confirms the priorities of the new government which will be on the table of the Council of Ministers from Monday: school, health, ecological transition but above all purchasing power, which must be the first text presented to the new Parliament which will be elected in a few weeks.

Read also: Article reserved for our subscribers For the Borne government, “a vague roadmap, a clear political objective”