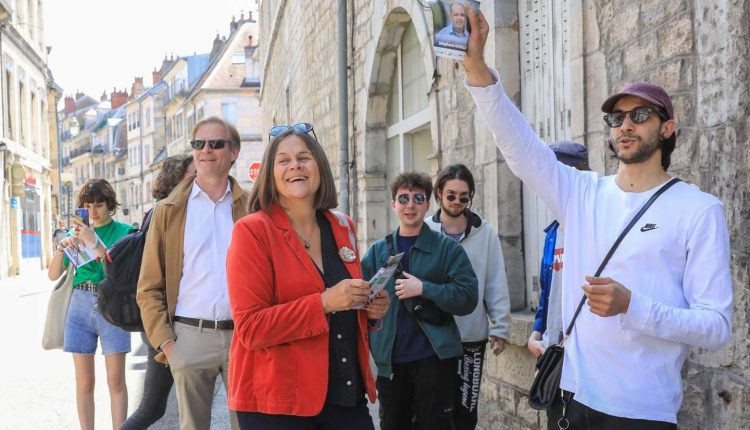 While stirring his coffee in a brasserie in Besançon, Dominique Voynet assures him: “I do this for the collective, I no longer have any personal electoral ambition. » A smirk in support, in case we allow ourselves to doubt it. ” That “, it is therefore his return to politics. At the base, as in its beginnings. At 64, the one who was a European deputy, deputy for Jura (without sitting in the hemicycle since Lionel Jospin immediately integrated her into his government in 1997), minister for regional planning and the environment, senator for Seine -Saint-Denis then mayor of Montreuil, among other mandates, will seek, Sunday March 26, the post of regional secretary of Europe Ecology-The Greens (EELV) in his native Franche-Comté.

She will be elected because she presents a single list that she has patiently chiselled. “I wanted it to be open to all motions and representative of all local groups”, she explains. The precision is not useless in Bourgogne-Franche-Comté, a region where many activists are annoyed by the “overweight” taken by their EELV colleagues from Besançon. Especially since the municipal election of 2020 which saw one of their own, Anne Vignot, access the town hall at the head of a list where the left-wing partners of the previous municipality found themselves, shaken by the departure with arms and luggage of Jean-Louis Fousseret their socialist mayor at Emmanuel Macron.

“By taking the time to discuss, I realized that many activists felt isolated, not necessarily lost but left to their own devices, a feeling also due to the multiplication of videoconferences after confinement, explains Dominique Voynet. We had to recreate human ties, trust, fraternity, restore pride, “green pride”, to those who wanted to get more involved in the field and be listened to. And renew the dialogue with the automobile unions, the farmers, all those who have moved away from us… ”

This desire of the troops to go back to the front, the former national secretary of the Greens, retired since September 2021 from his position as director general of the Mayotte regional health agency, shared it. She would have liked to bring the health subject from the presidential campaign of Yannick Jadot, whom she supported. But activists dismissed her on the grounds that she had testified “to rebalance the scales” the defamation lawsuit brought in 2019 by Denis Baupin against his accusers and various media, after investigations relating to acts of sexual harassment and assault.

You have 35.58% of this article left to read. The following is for subscribers only.