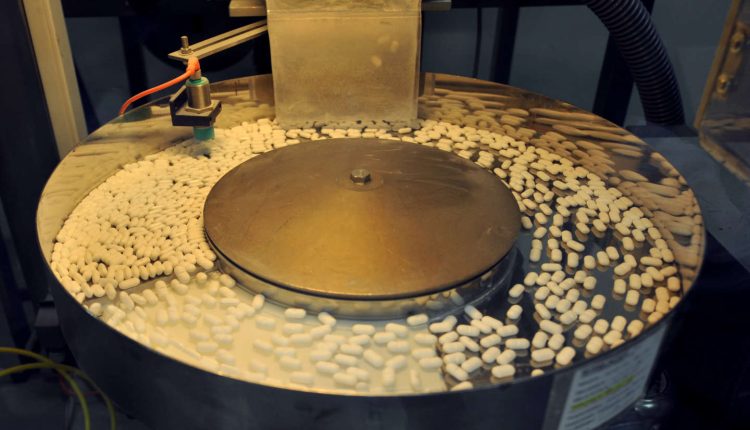 Would the Covid and seasonal viruses (bronchiolitis, flu) have gotten the better of the stocks of Doliprane 2.4% for children, administered in particular in case of fever? For several weeks, some French pharmacies have seen their shelves empty of these pink bottles well known to parents and are struggling to restock them.

Tuesday, December 6, on the set of “Télématin”on France 2, the government spokesman, Olivier Véran, confirmed: “There is an explosion in global demand, with Covid, for paracetamol and in particular pediatric demand, so there is a very strong increase. It’s not that there’s a drop in production, it’s the opposite! » According to him, “health services [et] Bercy are working so that we can respond to all requests..

“There is a supply tension which today is turning into a shortage, mainly on the pediatric forms of Doliprane and paracetamol”added to France info Pierre-Olivier Variot, pharmacist and president of the Union of Community Pharmacists (USPO).

“No break” according to Sanofi

Sanofi wants to be reassuring on its side. “There is no rupture of paracetamol”explains the laboratory to BFM-Business. He recalls that, “to meet the public health challenge, paracetamol references have been subject to quotas since mid-July”.

Indeed, since this summer, in particular, pharmacists are asked to limit the sale of paracetamol to two boxes per patient in the absence of a medical prescription, for “ensure a continuous and equitable distribution of available stocks”.

“Paracetamol is therefore distributed according to this directive, on all ranges, in a homogeneous manner on French territory.points out Sanofi. All forms of the Doliprane range remain open for ordering to supply and deliver to all our stakeholders – hospitals, wholesalers and pharmacists – and serve patients. »

The government, too, wants to avoid any wind of panic. The French who are prescribed paracetamol but also amoxicillin, another drug in tension, can have it, said Tuesday, November 29 the Minister Delegate for Industry Roland Lescure, before the National Assembly.

“However, are there tensions in the market? The answer is yes “he acknowledged, believing that the government is doing what is necessary in the face of this phenomenon. “As of July 2022, we have “quoted” stocks at industrial level to distribute fairly [aux] pharmacies in the territory »he pointed out.

“Since October 2022, wholesaler-distributors can no longer export the drugs in question and we have increased the production of paracetamol in France, with factories which are now running twenty-four hours a day, seven days a week”, also detailed the minister. In addition, the project to relocate the active ingredient of paracetamol is underway, in Isère, with “first deliveries in 2025”added Mr. Lescure.

The President of the USPO also stresses that alternatives are possible in the event of a stock shortage of Doliprane 2.4%. It is indeed conceivable, “depending on the weight of the child, to switch to forms reserved for adults or to sachets, which makes it possible to fill the gap”explained Pierre-Olivier Variot to Franceinfo. “We have the possibility of transposing on Advil in syrup or possibly infant Aspegic if the child has no contraindication to taking this medicine”reassures the pharmacist.