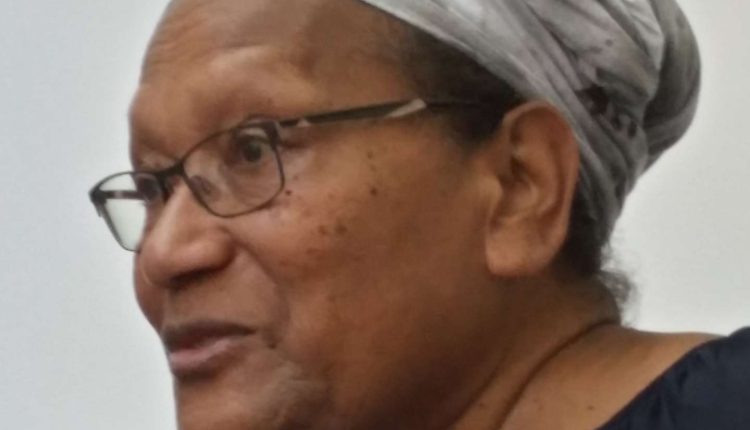 Déwé Gorodey, the first Kanak novelist and pioneer in the struggle for the independence of New Caledonia, died on Sunday August 14 at the age of 73. Suffering for many years from cancer, Déwé Gorodey died in hospital in Poindimié, on the east coast, the government said.

The New Caledonian collegiate government paid tribute to a “independence politician and Kanak writer of international renown, who marked life” of the local executive, of which she was a member for twenty years from 1999 to 2019, in particular in charge of culture, the status of women and citizenship.

The FLNKS, historic coalition of the Kanak struggle, hailed “a great lady of heart and spirit”who “has always fought for the freedom of his people and the full sovereignty of his country”while MP Philippe Dunoyer (Renaissance) regretted the death “a woman of spirit, a strong woman with tireless commitment”.

Read also: Article reserved for our subscribers In New Caledonia, a Kanak separatist, Louis Mapou, becomes for the first time head of the collegiate government

Born in 1949 in Ponérihouen, in the north-east of New Caledonia, Déwé Gorodey studied literature between 1969 and 1973 in Montpellier, where she opened up to both writing and politics, immersing herself protest and liberation ideas of May 1968.

As soon as she returned to her native island, she became involved in the first Kanak independence movements and participated in militant actions, which earned her several stays in prison.

Read also: Article reserved for our subscribers “The Kanaks have known enough about the time of the ‘country without us’, the time of indigénat”

She was a member of the Palika (Kanak Liberation Party), one of the two main components of the FLNKS. It was behind bars that she composed her first collection of poetry entitled Under the ashes of the conchesmilitant work and hymn to its Oceanian culture.

Déwé Gorodey is also the author of several collections of short stories, aphorisms and a play. In 2005, this feminist activist published The pavementthe first Kanak novel ever published, which breaks the taboo of sexual abuse and violence against women.

“Déwé Gorodey leaves us a remarkable literary work. In 2008, Jean-Marie Gustave Le Clézio, receiving the Nobel Prize for Literature, associated him with illustrious French, overseas or international authors who accompanied him on his writing journey.recalled Gilbert Bladinières, its publisher in New Caledonia.

The New Caledonian cultural world hailed the legacy of its action within the government, citing in particular the creation of the Maison du livre, the Academy of Kanak languages, the International Oceanian Book Fair (Silo), or even the Export Center of the music and dance (Poemar).

Call for testimonials: you are on a fixed-term contract and you have refused a…

In Saint-Denis, the difficult #metoo of working-class neighborhoods