Crack in Paris: the prefect of police Laurent Nunez promises the closure of the Forceval site 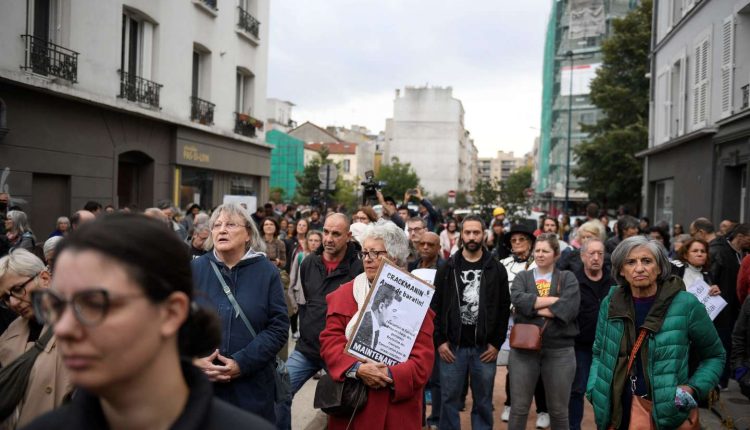 The square where crack users have gathered for a year on the northeast edge of the capital “will close”promised Sunday, September 25 the new prefect of police of Paris, Laurent Nunez, without however specifying a date.

“The camp and Square Forceval on Place Auguste-Baron [XIXe arrondissement] is not intended to last, obviously this open-air stage must close and will close »he said on BFM-TV. “The commitment is twofold: it is both the closure of this site, when the time comes, and obviously, that it is not reconstituted elsewhere”continued the prefect, considering it necessary to have “support devices that are robust”.

Closure of the crack consumption camp in Paris: “This is the objective set for me by the Minister of the Interior, and this… https://t.co/Qe7EVKDQys

On September 24, 2021, the Paris police headquarters had decided to move to this site without any shelter users of crack – a highly addictive smokable derivative of cocaine – who had wandered up to there at the Jardins d’Éole (XVIIIe borough).

Read the testimonials: Article reserved for our subscribers “Hell is not that thing with the flames and the devil, it’s our lives”: meeting crack users at Porte de la Villette

At the gates of the capital, 300 to 400 drug addicts were given over to violence and trafficking, themselves disrupting public security in the 19th century.e arrondissement as well as in the adjacent districts in the municipalities of Pantin and Aubervilliers, in Seine-Saint-Denis. Several hundred people, including exasperated residents, demonstrated on Saturday to demand “evacuation” of the camp.

Read also: Article reserved for our subscribers Crack in Paris: a year later, the despair of residents of the Porte de la Villette

On September 13, Mr. Nunez, appointed in July to replace Didier Lallement, ordered a vast police operation in this square in the northeast of the capital. The Prefecture of Police had affirmed that since the beginning of the year, “300 cases related to” this drug “have been processed”, “2.3 kg of crack was seized and more than 160,000 euros of criminal assets as well as 14 + kitchens [lieux de fabrication des galettes de crack] dismantled ».

On Sunday, Laurent Nunez said that since August 4, 24 traffickers had been arrested and five crack manufacturing sites dismantled, stressing that on average between 150 and 200 police officers were present every day to secure the area.

In Lille, three buildings evacuated overnight from Saturday to Sunday for a risk of…

“Political Questions” live: MEP Stéphane Séjourné is the guest of the…