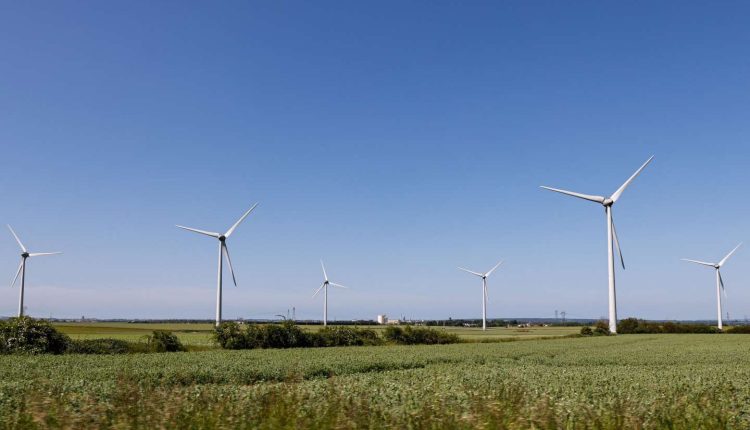 After the delay, the bites double. In the heart of summer, while the fires are raging and the energy crisis is looming, the government is trying to speed up the pace on its project to develop renewable energies. Friday, August 12, in anticipation of a bill on this sector at the start of the school year, the executive launched a process of consultation with all the stakeholders with a view to bringing its text to fruition this fall.

“Today we have referred the bill for the acceleration of renewable energies to the National Council for Energy Transition, which has also been sent to the Council of State”, said Matignon during a conference call. Throughout August, exchanges should take place with local authorities and civil society actors, whose opinions will be summarized before the passage of the text in the Council of Ministers in mid-September and then before Parliament in October.

This bill – which includes twenty articles – will address a series of “exceptional and transitional measures” aimed at responding to the urgency of supply. In this respect, an initial package of measures was announced on July 29 with a view to unblocking certain projects – a total of 10 to 11 GW of installed capacity – which had hitherto remained on the cards because they had been made less profitable due to inflation and rising material costs.

Read also: Article reserved for our subscribers Laurence Tubiana: “Citizens now make the link between the damage they observe and climate change”

Also in sight is France’s catching up in this strategic sector where it is clearly lagging behind other European countries. “The idea is to do as well as our European neighbors, to adapt our legislation to take into account what is good abroad”we also say to Matignon who would like, while some projects take ten years to deploy, to shorten this implementation time, and to divide it by two.

This text will then focus on specific measures relating to the photovoltaic and offshore wind sectors, “two energy policy priorities to produce more in terms of kW/h”, said Matignon. In the solar sector, “our objective is to seek to obtain all the land areas available in France” for’“expand the surfaces” possible installation, specified the government, citing for example the surroundings of motorway lanes or commercial areas.

You have 31.02% of this article left to read. The following is for subscribers only.